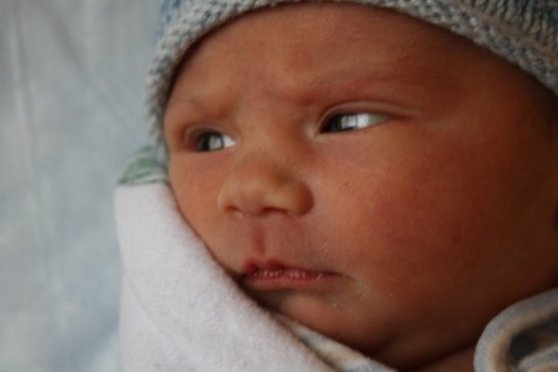 Mike Colby and family, of GRCC’s Media Technologies department welcomed Catherine Leigh Colby into the world on  10/19/09 at 9:23am.  She weighed in at 6lbs 6.3 oz and was 19″ long.  Congratulations to the Colby family!

Open Enrollment for making insurance or benefit changes will be from October 26th through November 6th. If you are interested in making changes to your current insurance, you may do so at this time.

All employees will be required to complete a GRCC Election Form.

To assist you in making your benefit selection, GRCC will be mailing an Open Enrollment packet to your worksite. Additional benefit information will be posted on the GRCC website at: www.grcc.edu/payroll

As everyone is well aware, Dr. Steven C. Ender was inaugurated as GRCC’s newest president yesterday.  For those unable to attend (or for those who are already nostalgic), the video of the proceedings is available below courtesy of the Media Technologies Department.

GRAND RAPIDS — Before Grand Rapids Community College running back Jason Hannett can gain yardage, and before quarterback Casey Therriault can complete a pass, one needs a hole to run through and the other needs time to find a receiver.  (More)

GRAND RAPIDS — Grand Rapids Community College plans to anticipate the state’s challenges and prepare its students to meet them — rather than respond later, President Steven Ender said Thursday in his investiture address. “We must face the reality of today with the anticipation of tomorrow,” he said in the formal ceremony marking his selection as the college’s ninth president. “We will not wait for Armageddon, then react.”  (More) END_OF_DOCUMENT_TOKEN_TO_BE_REPLACED