GRCC Biology Professor Dr. Greg Forbes was featured in a recent episode of the “Reasonable Doubts” podcast giving a lecture titled “Mate Choice and Sex: Getting Into Someone’s Genes.”  To listen to the podcast, click here.  The original lecture (airing on the college channel – Comcast Channels 28/903 and AT&T Uverse Channel 99) is embedded below:

GRCC’s college cable channel will air the program “Bob and Aliecia Woodrick Diversity Learning Center presents
Angela Davis, Human Rights Activist, Author” on the following dates and times (the lecture will not be made available as streaming video). 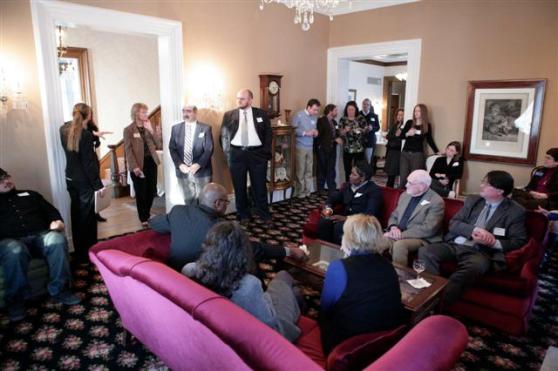 The GRCC Social Science Department hosted a reception to welcome and honor Dr. Severine Autessere, Assistant Professor of Political Science Barnard College, Columbia University on Monday, February 8th from 4:00 – 5:30 PM.  Dr. Autessere lectured that evening as part of the World Affairs Council of West Michigan “Great Decisions Speakers Series”.  GRCC was the sponsor for her lecture entitled “Violence in the Congo – Is It Genocide?” at the Performing Arts Center at Aquinas College. During her visit to the McCabe Marlowe, Dr. Autessere make a few remarks on the Congo and conducted a brief Q/A.   [Watch the lecture here]

Dump Your Plump is a team based weight management/exercise competition being sponsored by the Be Healthy Be Fit program for the first time.  Here are the team names and the captains for the ten teams participating.  Watch for weekly updates on who is in the lead. 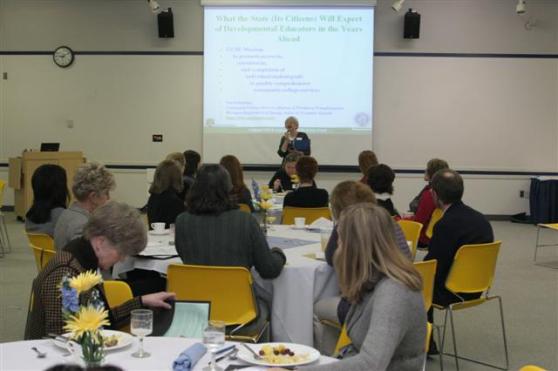 Last week , the Academic Foundations Program held a Learning Day in the multipurpose room of the Student Center.  The event was an opportunity for faculty and staff to come together to learn about developmental education from speakers like Jim Folkening of the Michigan Department of Energy, Labor and Economic Growth (DELEG).

GRCC, Energetx Team Up To Train Students For Jobs Of The Future
Sunday, February 14, 2010 | WOOD Radio

Grand Rapids Community College announces a job training partnership with Energetx Composites in Holland. An 80-hour hands on job training program will begin March 8th with students able to gain experience outside of the classroom. Julie Parks, Director of Workforce Training at GRCC says for the first time, students will be able to train right in the company’s manufacturing facility.  (More)

WALKER – Pet lovers who came to the Humane Society of Kent County in search of a puppy or cat Saturday found themselves lured by “somebunny” else. For volunteer Ryan Brown, bunnies don’t come in just dark or light. He has memorized all 40 breeds and has posted video of his Dutch rabbit, Bella Bear, on youtube.com as rabbitguru.  The 19-year-old Grand Rapids Community College student was 17 when he rescued his first rabbit from a carnival. (More)

GRCC to offer on-site training at Energetx – Course will focus on fiberglass and laminate composites
By STEPHEN KLOOSTERMAN | The Associated Press | Posted Feb 13, 2010 @ 05:30 AM

Holland, MI –  Talk about on-the-job training.  Grand Rapids Community College announced this week that it will hold training classes this March in the factory facility of the Holland-based Energetx Composites.  GRCC will offer a four-week, 80-hour intensive course in the manufacture of composites like fiberglass and laminates, which are used in wind turbine blades, boats and aerospace parts.  (More)

HOLLAND — One of Gov. Jennifer Granholm’s favorite green companies, Energetx Composites, will become an extension of Grand Rapids Community College.  Students will be able to do hands-on training for entry level jobs in the composites industry at the Holland manufacturing facility that produces wind turbine blades.  (More)

ALLENDALE — Actor and rapper 50 Cent is going back to school.  Curtis “50 Cent” Jackson and a film crew are on campus at Grand Valley State University to shoot scenes for a movie trailer today and Saturday about a football player who is diagnosed with cancer, according to school officials. […] Members of the Grand Rapids Community College football team and the West Michigan Thunderhawks of the Indoor Football League are expected to take part in those scenes.  (More)

She speaks with the same passion and power that she had when I heard her in the late 60’s.  Today, Angela Davis displays the wisdom and eloquence of speech that she’s achieved through a lifetime of fighting oppression.  Appearing Wednesday evening at the Fountain Street Church as part of the Grand Rapids Community College Diversity Lecture Series, Davis captivated her audience, who, in spite of record snowfall, nearly filled up the house.  (More)

GRAND RAPIDS — A decade ago, upon clinching the NCAA Division III national championship, it didn’t seem life could get much better for former Calvin College basketball star Aaron Winkle.  He’d be honored as the national player of the year. […] “I called him afterward,” Andrew said after winning both a singles match against Spring Arbor and a doubles match against Grand Rapids Community College recently.  (More)