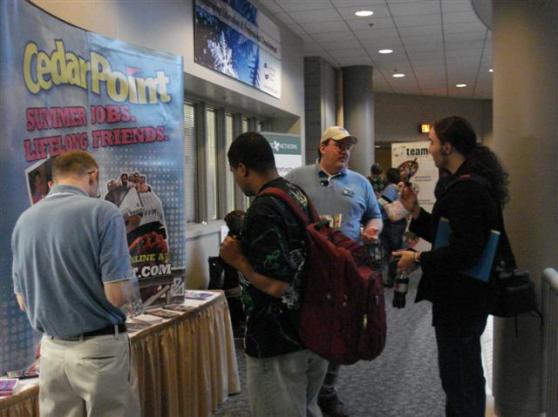 GRCC Men’s Basketball season continues with an impressive 77-60 win over Waubonsee CC.  Seven Raiders were in double digits scoring, and the team picked up the intensity following the tough first round loss to Louisburg CC on Wednesday.  Today GRCC will face Pima CC out of Arizona, the game is set for a 1pm tip-off (2pm GR time) and as always can be heard on www.michigansportsradio.com and if they win they will play an opponent to be announced on Saturday with 7th place spot in the nation on the line.  GO RAIDERS!

There are spots still available for this Faculty Professional Development Opportunity offered by the Center for Teaching Excellence:   Working with Veterans in the Classroom | Monday, March 22 | 12:30 to 1:30 PM | Room 351, Main Building, Downtown Campus

As we are serving more and more veterans in our classrooms, it is time to discuss this special population according to the unique needs they bring with them to college campuses. Join us for an informational session followed by time for questions.  Your facilitator is Todd Stage from the Department of Veteran Affairs.  Register at www.grcc.edu/ctecurrentlearning

If you have any questions or input about this or any Faculty Professional Development topic, please contact Penni Weninger at the Center for Teaching Excellence, ext. 4547, pweninger@grcc.edu

Last week more than 14 faculty at GRCC presented on a wide array of topics related to teaching, learning, and technology. Here are some photos from the event.   The TLT showcase presenters highlighted a wide array of instructional technology.  There were sessions on blogs, online tutoring, podcasting, lecture capture, leveraging Blackboard for paperless writing assignments, SafeAssign in Bb for plagiarism checking, and more! For a complete list of sessions click here.

In addition, more than 18 institutions from around Michigan came together at GRCC’s ATC to discuss how to better leverage Blackboard in teaching and learning.  At the miBUG (Michigan Blackboard Users Group) event (www.grcc.edu/mibug), there was a keynote, breakout sessions, and roundtable discussions.  Featured in the keynote was Kettering University’s use of Starfish Early Alert to improve student retention, Central Michigan University’s Chipcast system for podcasting, and Eric Kunnen from Distance Learning & Instructional Technologies presented on Project ASTRO which is a reporting tool (downloaded by over 150 institutions around the world) that was created when GRCC received a $25,000 Blackboard Greenhouse Grant.

DANVILLE, Ill. — It’s amazing what can be accomplished when an entire team finds itself crammed into a small hotel room following its worst defeat of the season and everyone participates in a little soul searching.  It brought out the best in the Grand Rapids Community College men’s basketball team.  (More)

A one of a kind deal was struck this week between Grand Rapids Community College and a Holland business to create new manufacturing jobs.  The Michigan New Jobs Training Program was signed into law two years ago. It’s supposed to motivate employers to create new jobs but so far no one has taken advantage of it.  (More)