The recent bouts of severe weather are a reminder that it’s important to stay up on GRCC’s various crisis policies and procedures.  For information, instructional videos, and other resources, visit www.grcc.edu/raidersafety.  Remember – employees and students can also sign up for instant alerts about crises and campus closings via text message or email at www.grcc.edu/textmessage

Recently, Dr. Ender appeared on WGVU’s “West Michigan Week” to discuss GRCC’s Capital Campaign, rising enrollment, and the future of higher education.  Video of the appearance is available here for those who weren’t able to catch the show when it broadcast:  [Low Bandwidth]  [High Bandwidth] 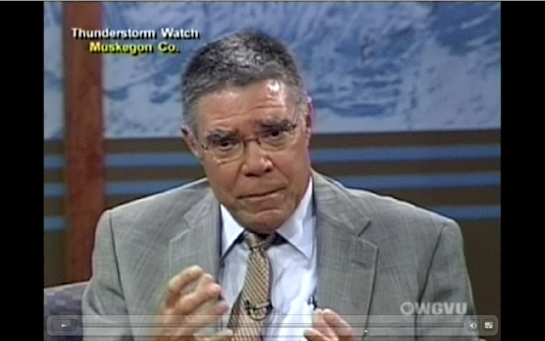 Congratulations to the following faculty who have been recognized for an Excellence Award during the 2010 National Institute for Staff and Organizational Development. (NISOD) Conference. More than 700 community colleges around the world are NISOD-Members.

Ricki and her faculty mentor, Dr. Matt Douglas,  are studying insects that defend bracken ferns from other herbivorous insects.  She will be transferring to Northern Michigan University in the fall where she will be a zoology major. She is a 2005 graduate of Newaygo High School. She is the daughter of Rick Oldenkamp and Rose Crowley, both of Newaygo.  Kudos!

Mott Community College’s annual Bruin Club All-Star basketball game, featuring the Flint area’s best seniors, will have some additional bragging rights involved this year – rosters have been divided up along city vs. suburban lines. […] Roy Jackson, Hamady: Jackson, a strong and quick PG, helped the Hawks to a 17-6 record this season. He recently signed with Grand Rapids Community College.  (More)

WYOMING — It might take almost 30 years for local taxing agencies to see any new revenue from a planned expansion of Gordon Food Service Inc. […] The deal also postpones a combined $3 million in increased tax payments to Kent County, the Kent Intermediate School District and Grand Rapids Community College. About $5.9 million in school operating taxes and the state education tax also will be captured.  (More)

GRAND RAPIDS — […] At first, Rachel Tibbe of Grand Rapids wasn’t necessarily looking for a challenge. She just wanted to get back into shape. […] She wants to make sure she remains healthy not only for her two daughters, ages 11 and 4, but for her future career in nursing, which she is studying at Grand Rapids Community College.  (More)

Anyone who’s ever met Hamady’s Roy Jackson knows he has a very specific dream: he’d like to play Division I college basketball. After committing to Grand Rapids Community College, Jackson hopes he’ll get that chance after two years spent working on his game with GRCC.  (More)