Over 100 people showed up to the GRCC “Open House for Open Jobs” held at the Tassell M-TEC.  Congratulations to all who are linking energy jobs to energized people! Energetx and Corotech were thrilled with the turnout. 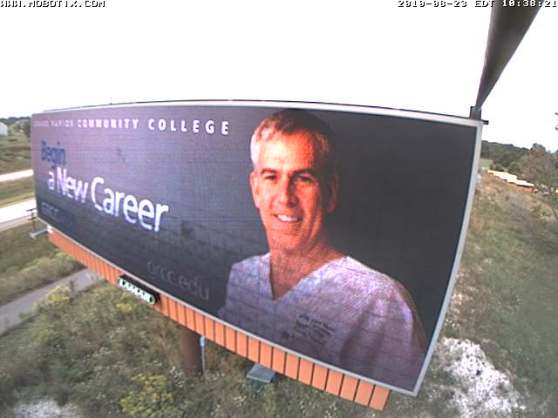 [Corrected] The  Communications, IT, Media Technologies and Graphics/Print Solutions teams have been working very hard to coordinate information for your departments and events. We wanted to remind you to continue to send us information about the amazing work you and your departments are focusing on.  Below is a list of projects that we will be sharing externally and internally.  If you have others coming up for the fall please let us know!  Or if there is something specific (award, recognition)  in your department you’d like highlighted please connect with us.
We’d like to welcome Ryan Lockwood onto the Communications team as graphic designer.  Billboards, TV spots and Web Banners you see around town are coordinated through the  department’s new IT, Media, Graphic and Communication team. We call this the IMGC team (not really but we know how GRCC likes acronymns!)
If you have a COMMUNICATIONS request or idea please send to:  commdept@grcc.com
If you have a WEBSITE update please send to:  webteam@grcc.com
***Note there will be a very important Webteam email coming to you today with deadline dates and information***
Upcoming events / features to look for:
We have over 50 Press Releases planned to be released now through December!  We’d love to include your work as well!
Thank you for sharing your information!

This video, cataloging the process to revise GRCC’s Mission, Vision, Values and Ends, was presented during last week’s “Opening Day”:

For complete descriptions or to register, go to www.grcc.edu/currentlearning

Classes have just begun at Truman College, where I’ve taught English as a second language to adult immigrants for 17 years. There’s been a scurry of activity in a variety of languages among the most diverse body of students you will find anywhere in the world. With their African dresses, American flip-flops, Middle East head scarves and internationally recognized ringtones, the students are embarking on an educational journey that will turn them into productive citizens.  But, according to City Colleges of Chicago Chancellor Cheryl Hyman and board Chairman Gery Chico, many of these students shouldn’t be in the City Colleges system. They claim that many of these students are enrolled in remedial classes as they prepare for college-level work and that’s costing City Colleges millions of dollars. They say these students could be better served somewhere else. (More)

Over at Confessions of a Community College Dean, there’s an interesting thread on making the transition from faculty to management. The underlying theme, as you’ll see if you read to the last graf, is that “higher ed doesn’t really train deans. Although we put people through absurdly extended and picky training regimens for faculty jobs — the research part, anyway — we don’t train administrators at all.”  (More)

[Note Revised Time] Thursday, September 9, the English Department and Ellen Syswerda (professor) will be sponsoring a marathon reading (aloud) of “To Kill a Mockingbird,” by Harper Lee (50th anniversary of publication) on the Bostwick Commons. Students and faculty alike are invited to read a short passage of 1-3 pages or just stop by to listen to this marvelous text. Reading will begin about 10:00 a.m. and be carried on continuously until the book is finished at, probably, 4-5 PM.  Faculty are encouraged to mention the reading to their students.

GRAND RAPIDS — If we told you there was a manufacturing company hiring in West Michigan that couldn’t find workers, would you believe it?  It’s true–and they’re trying to get people to sign up for the training AT GRCC.  EnergetX is a spin-off of Tiara Yachts, making a handful of the 8,000 parts inside a wind turbine.  They quickly became part of the supply chain, almost too fast.  (More)

Grand Rapids Community College DeVos Campus is the new name of the former downtown Grand Rapids Davenport University campus purchased by GRCC in 2009. The DeVos and VanderWeide families contributed substantial gifts to the renovation of the campus, says Steven C. Ender, GRCC president. He did not indicate the amount of the donations.  (More)

Although life may be good, life on the lake is even better.  This simple, yet soul-stirring reflection sparked the idea for Lake is Good, a t-shirt company created by Grand Rapids resident Becky Bell. […] It wasn’t until she moved inland to pursue degrees in English and education at Grand Rapids Community College and Calvin College that Bell realized just how deep-rooted her attachment to lakeshore living had grown.  (More)

Grand Rapids Community College took the lessons learned in renovating part of Cook Hall and applied it a few blocks away at the former Davenport University campus.  [Requires subscription]  (More)

GRAND RAPIDS — Randy Finch and [GRCC Alumni] Derek Maxfield’s ability to ratchet up the “cool” factor when incorporating ice sculptures with food is being filmed this week for a Food Network television special.  It documents the evolution of a 300-pound block of ice into an intricate design. It tosses in a little deadline pressure, with some Hollywood flavor.  (More)