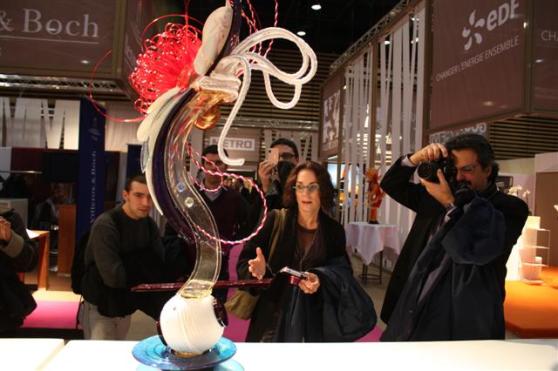 These teams will not have to compete in continental tryouts to obtain the spot to compete in the 2013 Coupe du Monde de la Patisserie.

Mike Colby and Klaas Kwant had a grueling filming schedule and captured a great deal of video of the competition which will now head to the editing studio to provide students of the Secchia Institute with some valuable educational tools.

Chef Gilles is most appreciative of the generosity, courtesy, and professionalism of all of the GRCC employees involved with the competition.  The team plans to get together to debrief and share what they learned in preparation for the 2013 World Pastry Cup Competition.