On Tuesday, the college will begin a series of training videos that will show you how to identify and back up your work-related and non-work-related data.

Go here to view the items for sale the day of the sale, or visit the GRCC Online Store Google+ page now to view featured items that will be included in the sale.

Pickup: Items available for pick up beginning the next day (Friday) after the sale from 9AM to 4 PM at GRCC, 133 Winchester Place NE, Grand Rapids, MI. After Friday pick up by appointment only. Email msutherland@grcc.edu to request an appointment. See http://www.grcc.edu/onlinestore for pick up details.

This sale will contain limited computers, electronics, technology, books, lost & found, etc. Grand Rapids Community College cannot guarantee complete sets. All items will be sold as is. Purchased items must be removed from the college campus within two weeks from date of sale as indicated above (by appointment). Purchased items not picked up will be returned to stock.

Questions should be directed to, Mansfield Matthewson, Director of Purchasing at (616) 234-3850 or email purchasing@grcc.edu.

Grand Rapids Community College has the right to reject any or all bids as deemed necessary in the best interest of the college.

On behalf of the Behavioral Intervention Team, we want to thank all of the faculty and staff who have reported students of concern to us this semester.  As of today, we have received 41 reports about students who needed our attention in one way or another.  In many of these cases, we were able to reach out and care for a student in a time of need.  Thank you again, we couldn’t do it without you!

Americans use over 67,000,000 tons of paper each year or 600 pounds per person. (Source: Headwaters Cooperative Recycling, Inc.) 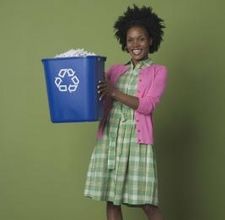 Do you event wonder what items go into the blue recycle bins you see around campus or in your work area? Look by a copy machine, under a desk, in a hall area…do you see a blue recycle bin?  Some items to drop in those containers:

Did you know?  In the manufacturing process of recycled paper

GRAND RAPIDS – Grand Rapids Community College trustees on Monday expect to hear details about a potential $100 million tax increase request to renovate campus buildings. The trustees also are looking for feedback from residents about the plan at the session, planned for 9 to 11 a.m. in the board chambers on the fifth floor of the Main Building, 143 Bostwick Ave. NE.  (More)

GRAND RAPIDS — Somewhere in cyberspace, Fox television’s song-and-dance sitcom “Glee” must have locked horns with the dark HBO drama “Sopranos” and given birth to “Backstage Drama,” a new Internet subscription series created by Grand Rapids-based Fubble Entertainment. […] Ziegler and Thome, who’ve been friends since they were students at Grand Rapids Community College, have worked together on numerous projects, including the Emmy Award-winning children’s television show, “Come on Over.”  (More)

GRAND RAPIDS – Drunk and combative with the people trying to pull him from the Grand River is how police describe a 50-year-old Grand Rapids teacher who later pleaded guilty to his second drunk driving offense. […] According to a 1997 Press article, Luke was a wrestler himself at Ottawa Hills High School, Grand Rapids Community College and Central Michigan University.  (More)

The Grand Rapids Community College Mathematics Department will be hosting its next monthly Mathematics Seminar on Wednesday, December 7, 3:00 – 4:00 p.m. in 108 Cook. Our speaker will be GRCC Adjunct Mathematics Instructor Steve Harris.

This talk should appeal to anyone with knowledge of or an interest in Statistics, or who are simply curious about fundamental ideas in Statistics. As always, anyone from the greater GRCC community is welcome.

Many students in an introductory Statistics course sail along fine until “Distribution of a Sample Mean” sinks their boat. After failing to find an illustration that explained the concept in a way I could use with both math-oriented and non-math-oriented students, I built my own. The result is an Excel spreadsheet that visually demonstrates the power of the Central Limit Theorem.

By changing any of these variables – population range, population size, sample size, number of samples – you can watch the conclusion of the Central Limit Theorem develop before your eyes. This little app has proven quite useful in helping students understand why we’re willing to make significant decisions based on a small amount of sample data, and reinforces why the Central Limit Theorem indeed is central in the field of Statistics.

The picture below is a summary view of what you will see, but the real power of the illustration lies in watching the samples actually being culled from a population and seeing the “mean of the means” change in real time.

The ESP employee group will collect items for the Veteran’s Home this year, for the holiday season. Items needed include:

Kim Musser will serve as the main contact person. She can be reached via phone x4253, or e-mail kmusser@grcc.edu. Donations will be picked up each Thursday until 12/21/11, from the following campus locations:

A new password policy has been developed to help keep information safe here at GRCC. This policy will make it more difficult for passwords to be guessed or cracked and will provide greater information protection. The policy will require a stronger password consisting of at least 10 characters including one upper case letter, one lower case letter and a number. Beginning January 1, 2012 the IT department will provide a self-serve password change website that will adhere to these new requirements.

More details on this policy can be viewed at http://grcc.edu/itpolicy

Faculty and staff are asked to share the news about Exam Cram with all students – late night quiet study hours and snacks in the Library. Exam Cram is co-sponsored by Academic Support, Student Life, and the Library & Learning Commons. There will be a librarian and a tutor available during Exam Cram hours each evening from Sunday, Dec. 11 through Tuesday, Dec. 13.