As previously noted, long-time GRCC employee Dan Babcock has passed away. Dan worked in the Facilities Department as the Assistant Director of Operations until he retired in 2005.  His obituary will be published in the Grand Rapids Press on Sunday. We do have some information about the visitation and funeral below.

GRCC’s newly completed, silver LEED-certified White Hall is one of the popular additions to the Heritage Hill Tour of Homes later this month. At the opening reception, Dr. Ender spoke to several HH Bd members (among other community and preservation leaders) about the pride our students, as well as employees, show about the history of “their” building. Volunteers are needed at 50 Layfayette for Sunday, May 20 – go here to sign up. 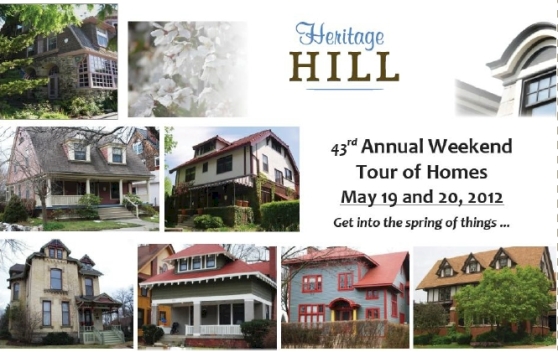 Review the facts and make informed decision | I am a homeowner, taxpayer and a registered voter. I will be voting in the May 8 GRCC millage election.  (More)

GRAND RAPIDS, MI – It was less than two months after Marcel Hinkle moved to Grand Rapids from Flint, donned a mask and used a gun on Oct 18 to rob the Comstock Park Jimmy John’s sandwich shop at 3782 Alpine Ave. NW. […] His mother helped Hinkle get set up in an apartment, bought him a car and he was enrolled at Grand Rapids Community College.  (More)

GRAND HAVEN — Chef Aaron Shapiro has a lot on his plate when it comes to pleasing the palates of nearly 100 residents at Grand Pines Assisted Living Center. So when facility owner Scott Reenders suggested putting in an herb garden, the chef was pretty excited. […] Shapiro said he’s had gardens at other places where he’s worked since graduating from the culinary program at Grand Rapids Community College.  (More)

Courtesy of GRCC’s Media Technologies Department, yesterday’s Coffee and Conversation with Dr. Ender is now available as streaming video for those that may have missed it: