President Dr. Steven C. Ender delivered a short “State of the College” address to more than 30 students during this week’s Student Congress meeting. He then answered questions about parking, construction and technology skills. 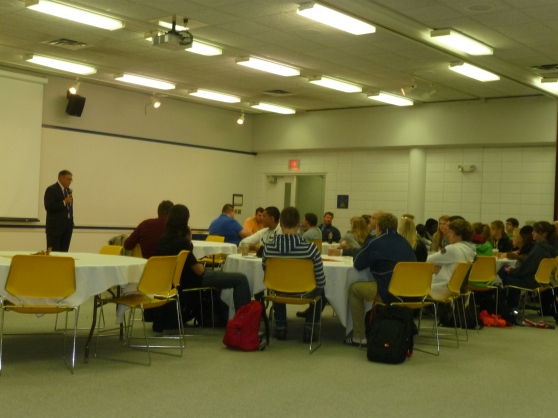 GRAND RAPIDS, MI – Grand Rapids Community College’s Psychology Department Speaker Series will feature discussions on topics ranging from stress management and human sexuality to whether sports matter as much to girls and boys.

KALAMAZOO, MI — On Friday, up to 400 Kalamazoo Valley Community College students will deploy throughout the city to paint, clean, pull weeds, repair picnic tables and ready community gardens for the winter.

… Psychology instructor Urminda Firlan, who is serving as a faculty adviser for the event, led a similar project at Grand Rapids Community College.

It would be an understatement to say the No. 20 Grand Valley State University women’s volleyball team has exceeded its expectations midway through its 2013 campaign. GVSU (14-3, 8-1 GLIAC) currently holds the No. 1 spot in the conference after being tabbed as the North Divisions third-best team in the 2013 GLIAC Coaches Preseason Volleyball Poll.

… Junior setter Kaitlyn Wolters has been a key piece to the puzzle after transferring from Grand Rapids Community College where she won a NJCAA Division II National Championship in 2012. Wolters has quickly adjusted to competition in the GLIAC and appears to be a catalyst offensively.

GRCC set up a Nations Cup stream for the participating countries and, as you can see, all of them tuned in for the competition — even if they live several time zones away! 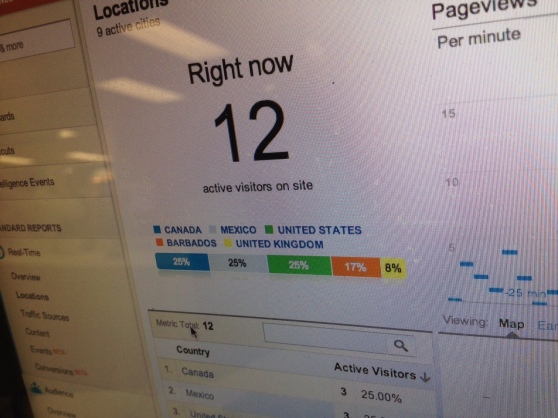 “Do Parents Make a Difference?”

Large Inflatables, Mechanical Bull, Spin Art Frisbees, and a “stuff-a-hand” activity. There will be Halloween Decorated plastic gloves that students will get to stuff with candy, popcorn and other mini-snacks.

*This event is a make-up day from Monday’s Welcome Week Activities that were canceled due to weather.

Sponsored by Campus Activities Board 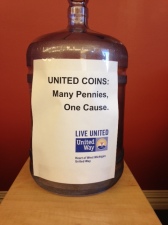 These containers can be found at 15 campus locations.

Here’s how GRCC is doing in this year’s United Way campaign:  $7,764.00 has been contributed through pledges and $20 came from “Jeans Day” participation. Great job!

You still have time to turn in your forms (or wear your jeans) because our campaign runs through runs through October 25.

Don’t forget: You can donate to the United Way — and get rid of your spare change — through the “United Coins” bottles throughout campus.

Find out where your garbage goes! GRCC’s popular Garbage Tour takes you on a 5 1/2-hour educational journey of the main facilities in Kent County that deal with post-consumer waste, i.e., garbage.

Whether you are looking for ways to reduce waste for your business or home, this expedition will take you where most are forbidden to go!

We will start with a visit to the incinerator. Experts will describe the inputs (garbage) and outputs (electricity) for this facility and what it provides for the Grand Rapids area. Our second stop is the materials recovery facility. Here we will be guided on a walking tour and educational discussion of Kent County’s state of the art recycling efforts. There will also be an opportunity to eat your sack lunch here. We’ll see the mountains of yard waste diverted for composting, and learn how and where this is done.

Our final stop is an up-close and personal bus tour of the local landfill. Enjoy the view while professional landfill personnel describe the engineering features and local statistics for use of the South Kent Landfill.

This learning session is designed to brief all screening committee team members regarding their roles and responsibilities in the search process. Topics that will be covered include:

A.  Overview of Search Process

Learning Objectives: Participants will understand their role in the selection of excellent candidates for staff and faculty positions and the hiring objectives, and legal parameters for assessing and recommending future staff and faculty members.

Workshop facilitated by employees in the Diversity Learning Center and Human Resources Department.

The Grand Rapids Community College Mathematics Department will host its next Mathematics Seminar on Thursday, October 17, 3:00 – 4:00 PM in 107 Cook.  Our presenter, GRCC Adjunct Mathematics Instructor Radu Teodorescu, will speak an alternative approach to the concept of percent.  Please see the title and abstract for more information.

The mathematics in this seminar will be accessible to all, and should give attendees a new perspective on a very familiar topic.  Everyone in the greater GRCC community is welcome.

Everyone has heard of percent.  Beginning with pre-algebra, it is taught at GRCC in a variety of courses.  Many of the current methods for teaching percent problems have been used for decades.  This talk will submit an idea slightly different from traditional concepts.  Some may agree with it, many others may have reservations and even objections.  However, it is hoped that many in the audience will be surprised by some of the interpretations revealed during the talk.