Learn how Heart of West Michigan United Way harnesses the power of people to help people by clicking here.

Our United Way campaign runs through November 3 — and don’t forget about our campaign incentives:

Inside Track: Troy Yarbrough is happiest when he’s building something

Growing up, Troy Yarbrough discovered he had a knack for grasping the intricacies of science and mathematics.

… He enrolled at Union High School but then dropped out, eventually earning his high school diploma in 1984 through the alternative high school program offered at Grand Rapids Community College.

… He first worked as a finish carpenter starting in 1991, becoming a licensed builder in Michigan that same year and enrolling in Grand Rapids Community College with an emphasis on its carpentry program. His fondness for swinging a hammer hasn’t dampened through the years.

… From Creston, Kimbrough went on to coach at both Western Michigan University and Grand Rapids Community College, before eventually arriving at East Kentwood.

The Exercise Science Club is sponsoring a workshop and cooking demonstration “Healthy Eating on a Budget” that is FREE and open to the GRCC community. The event will be held on Friday, November 21st at 3pm in the ATC. RSVP is required to attend because space is limited to the first 30 respondents. To RSVP by November 14 please complete this form: http://bit.ly/1uRRjEf 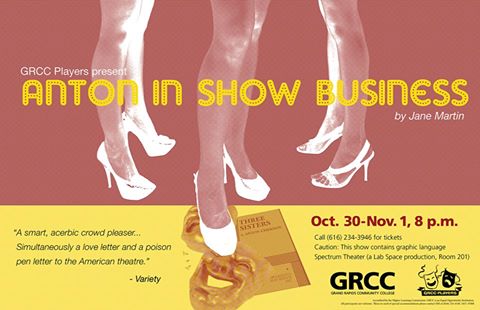 The media technologies department dug through 100 years of GRCC history and found some gems from the Great American Talk Festival, which debuted in 1977. So enjoy — and visit the timeline for more history.