It was only a matter of time before Janie Bunge made a name for herself.

… Basketball is Bunge’s best sport, but not her favorite and not the sport she plans to play in college next year at Grand Rapids Community College.

MONROE — Lance Hazlett, a manufacturing scientist by day, sacks quarterbacks on Saturday nights as a defensive tackle for the undefeated Southern Michigan Timberwolves.

Just a reminder: Ice cream on the Plaza today from 2-3:30 p.m., tomorrow at Tassell M-Tech and Thursday on the DeVos Campus!

The ATC has a new “welcome” banner! 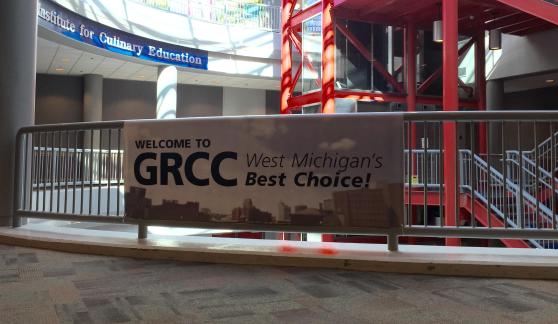 Academic Testing Services will be closed August 18 as the staff moves back to the Student Center.