The Aspen Institute today announced its inaugural class of the Aspen Presidential Fellowship, selecting 40 extraordinary leaders with the drive and capacity to transform community colleges to achieve higher levels of student success.

Grand Rapids Community College pitcher and Harbor Springs grad Ean Walda earned his second save of the season in a 3-2 win over Davenport on Tuesday.

Fake IDs have opened the possibilities for underage drinkers to gain access to alcohol, bars and clubs.

… “One time this kid came in and one of my co-workers at the time was a resident advisor at Ferris, and she said she knew him and he might be underage,” said Grunst Brothers clerk and Grand Rapids Community College associate welding student Lucas Armand. “So I checked his ID and it was out of date. It had been expired for four years and it said he was 30 years old. I told him his ID was definitely expired, and I couldn’t sell to him. He was cool about it and he left.”

Lisa Freiburger, vice president for finance and administration, and Bill Pink, vice president and dean of the School of Workforce Development, were awarded the prestigious Aspen Presidential Fellowship for Community College Excellence.

The Aspen Institute, a Washington, D.C-based educational and policy studies organization, announced that Freiburger and Pink join the inaugural class of the Aspen Presidential Fellows, a diverse group of 40 extraordinary leaders with the drive and capacity to transform community colleges to achieve higher levels of student success. 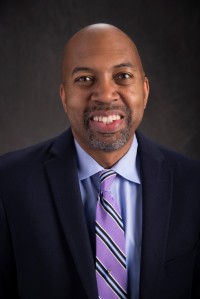 Freiburger and Pink were selected through a rigorous process that considered their abilities to take strategic risks, lead strong teams and cultivate partnerships, and focus on results-oriented improvements in student success and access. The 2016-17 Aspen Presidential Fellows hail from 17 states and 30 community colleges of varying sizes. They will begin their program in July at Stanford with anticipated completion in spring 2017.

“It was an honor to nominate Lisa and Bill, as I believe they both have exceptional leadership ability and will be future community college presidents,” said President Dr. Steven C. Ender. “The Aspen Presidential Fellowship will allow them to take part in the national discussion on improving student success and retention.”

A reception in honor of Jill Woller-Sullivan and Pat Missad, who are retiring from the Counseling and Career Center, will be held 2:30-4:30 p.m. April 20 in the SCC, 3rd floor, Room 336. Hors d’oeuvres and refreshments will be served, and everyone is welcome.

A message from Christine Coon:

I will be back to work full time on April 18th after being out of the office on maternity leave. My husband, Ryan, and I welcomed two baby boys into our family on December 22, 2015: Davis James and Graham Jeffrey. Being just over three months now, their personalities are starting to develop. We are getting lots of smiles, a few laughs, hands in their mouths and they are showing interest in their pet doggies, Nala and Libby. They are particularly entertaining when they are wide awake between 2:00 – 3:00 am! 🙂 I enjoyed spending these last few months home with them, thank you to everyone in Human Resources that took on my work to let me spend this valuable time with my boys!