GRAND RAPIDS, MICH. – It’s been Reds on the River for years, but now the Redwater Restaurant Group is announcing a change. One of the most popular restaurants in Rockford is moving to the Thousand Oaks Golf Club off of 5 Mile Road and the East Beltline. It will now be named Reds at Thousand Oaks and will feature a revamped menu.

COO of the Redwater Restaurant Group Craig Smith and Executive Chef Nick Aslanian joined the Weekend Morning News Team to show off some of their new offerings. The menu will include the best of Reds and Thousand Oaks’ entrees, sandwiches, and salads, but will expand to include artisan pizzas, offering something for everyone. Along with the revamped food menu, Reds will continue to feature an extended wine list of over 160 bottle options and 40 glass pours. The new facility will feature a 16 tap system of craft brews and a full liquor selection.

(This article doesn’t mention it, but Nick Aslanian is a SICE alumnus.)

This travel award is for fun, enjoyment, and relaxation. It is not intended to supplement any faculty, staff or administrator’s professional development travel funds. A cash award of up to $400 will be given to any full or part-time GRCC employee who completes the following requirements and has his or her essay judged the best to fulfill the employee’s intention to relax, enjoy and have fun.

Condolences to Bryan Door, Desktop Support Technician, on the passing of his mother, Kathy, who passed away unexpectedly on Sunday, April 10.

Professor Mark Jasonowicz from the Meijer Center for Business Studies went the extra mile. He offered his students a ribbon to decorate in honor of a loved one or show support for the 25th annual Susan G. Komen Race for the Cure in Detroit. Over 40 decorated ribbons will be displayed along the race route to offer encouragement to both runners and survivors. 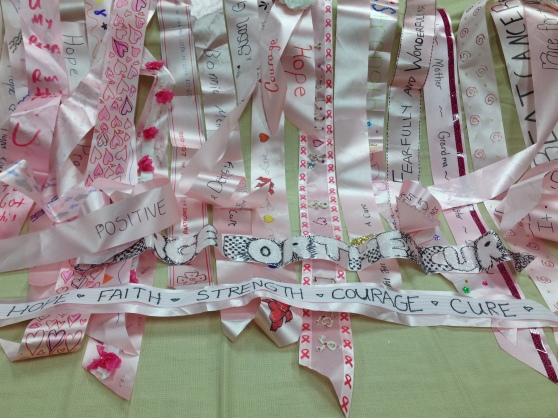 GRCC’s PTK Chapter, Alpha Upsilon Kappa, attended the national convention for 2016 in Washington DC this past week.  This conference is the culmination of the work done each year around a community service project, regional collaborative project, honors in action project (research based) and an additional college project.  All this work is done by the chapter each year as they work towards achieving a Five Star Status (the highest).  This year (2015) for the first time in over 10 years GRCC has achieved the PTK 5 star chapter status.

The national convention was exciting for the team, as they were chosen to present an educational forum (the only team from all community colleges in Michigan presenting).  The room they presented in held 250 chairs and more chairs had to be brought in as the room was so packed.  The team presented on Emotional Intelligence and its role with IQ in terms of creating life success.  They have already been asked to repeat the presentation at the Michigan Regional PTK Conference in September 2016.

At the awards ceremony (called the Hallmark Gala) chapters are recognized for the above projects based on a scoring rubric and total points earned.  GRCC placed in the top 100 chapters (out of 1285 chapters nationally) based on their cumulative score for all their submitted projects.  Then for their Honors in Action research project (on the role and importance of identifying a major early in your college career), they placed in the top 3 (nationally).  The picture below is the team that attended Nerd Nation accepting their award on stage (in front of the 3,800 + attendee’s from across the country), from L to R is Yanik Etan (International PTK Student President), Lynnae Selberg (GRCC PTK Advisor), Shannon Gamel (GRCC Alumni- Pharmacy at Ferris), Mandy Boos (GRCC Nursing) and Kaitlyn Gibbs (GRCC Nursing).  Not present but also involved in making this happen are Erin Busscher (GRCC PTK Advisor) and Daniel Ridderbos (GRCC- AA student heading to U of M Engineering).

Congratulations to the team for all their hard work and on their representing GRCC proudly on this national stage. 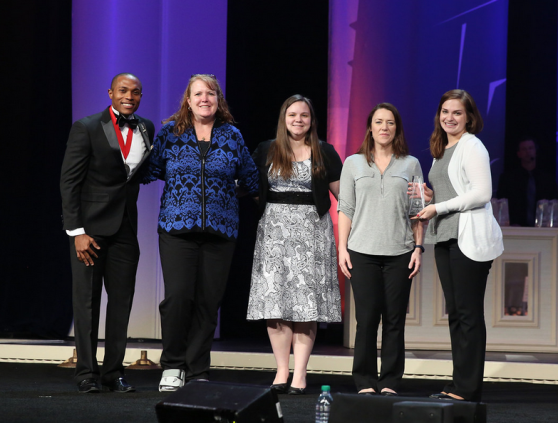 A reception in honor of John Heredia and Aleta Anderson, who are retiring from the Language & Thought Department, will be held 4:30-6:30 p.m. April 13 in the Collins Art Gallery (fourth floor of the Main Building). Hors d’oeuvres and refreshments will be served, and everyone is welcome.

And many more prizes!

The raffle will take place on May 25th from 7-9 p.m. at the Thousand Oaks Golf Club.  Winners need not be present to win.

Tickets are available from the following individuals: