Grand Rapids Community College has received a massive boost for its efforts in health care education, to the tune of a $6 million federal grant from the U.S. Labor Department.

We are applying required year end maintenance to PeopleSoft Student and HR on Saturday. We are also upgrading PeopleSoft Financials which will start on Thursday evening. Please see the details below for outage windows.

IT will be upgrading the PeopleSoft Financials system – FSPROD – to version 9.2 beginning Thursday, December 1st at 5:00 PM.  FSPROD will be unavailable to its users until 8:00 AM Monday, December 5th.

The GRCC Players will present Craig Pospisil’s “Somewhere In Between” at 8 p.m. Dec. 1 to 3.

Attention GRCC Staff: Call ext. 3946 between 1 p.m. and 5 p.m. Thursday, Dec. 1, or Friday, Dec. 2, and get two tickets to the production. GRCC staff tickets are $10 — mention seeing this “ad” in GRCC Today and get our BOGO offer: TWO tickets for just $10. You can purchase them over the phone with Visa/MC, or you can purchase with cash or check at the door. 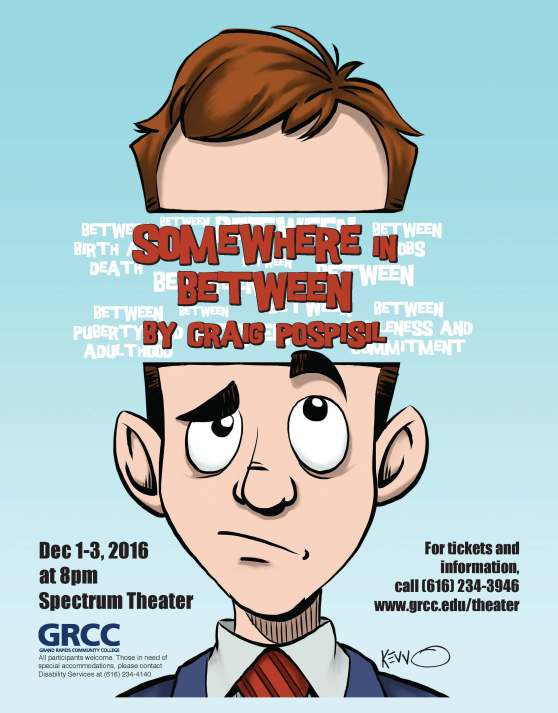 The Grand Rapids Community College Mathematics Department is pleased to announce that it will host its next Mathematics Seminar on Wednesday, December 7, 3:00-4:00 PM in 107 Cook.  Our speaker, GRCC mathematics student Bethany Austhof, will discuss the relationship between Calculus and Statistics.  Her title and abstract are below.

While Statistics can be successfully studied and applied at a pre-Calculus level, a better understanding of many fundamental concepts and processes hinges on ideas from Calculus.  Bethany’s talk will provide some historical background that will accessible to anyone, so if you know a bit of statistics and not much Calculus, consider this to be an opportunity to learn more!  As always, everyone is welcome to our mathematics seminars.

Probability: Curves Inspired by the Cosmos

In this seminar, we will look at the applications of Calculus in the field of Statistics. Topics of discussion will include how we can derive exact probabilities using integration techniques, how to  determine the mean of a continuous random variable using the center of mass formula, and a look at the derivation of the normal curve distribution function.

Members of the GRCC chapter of Psi Beta, a national psychology honor society for community colleges, collected hundreds of items for individuals in need. This is the third year that this group has organized the collection. This year the donations went to The Pantry, an organization that provides holistic aid to neighbors in need and GRCC’s food pantry, which is designed to meet the immediate food needs of students and their families.

The Campus Activities Board (CAB) is seeking your participation in this year’s Stress Buster, happening on Dec. 7 from 11 a.m.-2 p.m. in the Raider Grille. CAB needs volunteers to staff the registration table, manage the food line, and help monitor and coordinate the different games and activities. If you would like to participate, please click here to your name to the volunteer form. If your schedule allows, feel free to sign up for more than one shift! Without your help, we could not pull off these events for our students!

If you have any questions, please contact Kaylee Wolff, Campus Activities Board advisor, by phone at 616-234-2477 or by email at KayleeWolff@grcc.edu

Have a great day, and thank you for your consideration and continued commitment to our students!

A violent day at Ohio State University … Three words we’ve been hearing all day: “Run, hide, fight.” It’s the protocol to take during an active shooter or attacker emergency.

… (Calvin College) students and staff automatically have their emails plugged into the system … Bill Corner with Calvin College public safety says Grand Valley and GRCC both use the Rave emergency notification system.

EAST LANSING, Mich. — In response to concerns about pollinator health, Michigan agencies and legislators are gearing up with big plans and programs for pollinators in our state. Given their importance to our agricultural economy and natural lands, Michigan is taking part in the nationwide movement to protect the insects that pollinate our fruits, vegetables and native plants. In this article we outline, explain and provide updates on the different pollinator plans in Michigan (as of the end of 2016), providing links for more resources and ways you can get involved and receive updates as these plans progress.

… MDNR, along with numerous partners, hosted a Monarch and Wild Pollinator Summit in September 2016. The goals of the summit were to gather key conservation partners from across the state to initiate development of a statewide strategy to conserve habitat for the Monarch butterfly and wild pollinators, and develop a collaborative initiative to attract people and resources to help conserve habitat for monarchs and wild pollinators. A steering committee was created to help develop and organize this Summit that included the following organizations: U.S. Fish and Wildlife Service, U.S. Forest Service, USDANatural Resource Conservation Service, Farm Bureau, National Wildlife Federation, Michigan Department of Transportation, Michigan State University Extension, MSU Entomology Department, Michigan Pollinator Initiative and Grand Rapids Community College. The steering committee invited a diverse group of organizations to attend the summit, which included 32 different organizations.

The Strategic Leadership Team held its November meeting on Nov. 18. The purpose of this team is to guide the development and ongoing implementation of the GRCC Strategic Plan, review benchmarking data, study budget realities and offer recommendations to the president. Our team is 80 members strong!  Membership on the SLT team is by president or provost appointment, but any GRCC faculty or staff member is invited to attend a meeting as a guest.  If you would like to attend our Jan.20 meeting, please contact Donna Kragt at dkragt@grcc.edu.

In addition, the Team discussed four articles regarding innovative practices in the community college recently published by the Chronicle of Higher Education.

The agenda and supporting documents from Friday’s meeting can be found at: http://www.grcc.edu/institutionalresearchandplanning/strategicplanning/strategicleadershipteam/teammeetings/20162017

If you’re able, please bring non-perishable food items to our Holiday Breakfast to donate to our food pantry for students. In the spirit of giving, let us do our part to ensure the shelves of our pantry are well stocked! Here is a list of needed items (* indicates high demand items): They each actively support our veterans and active service men and women. Help improve the quality of life for our local veterans by joining the APSS employee group and Campus Police in donating to the Grand Rapids Home for Veterans.

Donations will be accepted until Dec. 15 by:

Items will be delivered to the Grand Rapids Home for Veterans on Dec. 16.

Today is #GivingTuesday! Join the Grand Rapids Community College family and community as we come together for one common purpose: to celebrate generosity and to give. The GRCC Foundation’s Student, Alumni & Philanthropy Club (SAP) has organized a #GivingTuesday Hot Chocolate Giveaway. Get a cup of hot chocolate by visiting the SAP table from 10 a.m. to 6 p.m. today on G2 in the Main Building. The beverage is free, but we ask that you consider making a donation to the GRCC Foundation at that time, in support of #GivingTuesday.

Show your support for #GivingTuesday and the GRCC Foundation! 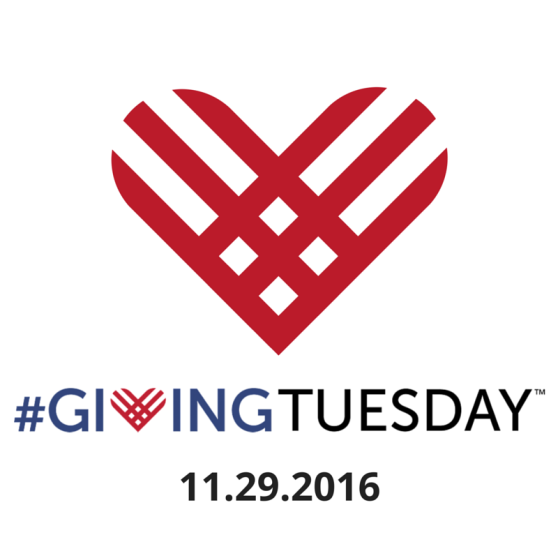 GRCC employees do a great job of supporting our community through their annual commitment to the West Michigan Heart of United Way. Each month we are sharing a story that demonstrates the outcomes of your commitment.

GRCC’s next college president talks about making an impact

GRAND RAPIDS, MI — The next president of Grand Rapids Community College says he confident about assuming the responsibility because his life’s journey has strategically shaped him into the leader he is today.

It’s time for West Michigan to fix itself

This cannot be overstated.

… For example, Grand Rapids Community College this month received a $6 million grant to maintain its medical assistant apprenticeship program. Last year at this time, there were 90 openings for qualified medical assistants in West Michigan. The first apprenticeship class is almost done with its studies and will be joining the full-time workforce in January. But with a class of just about 20, it will come nowhere near filling the employment needs of health care providers in the area.

GRAND RAPIDS, Mich (WOTV) — Maranda was joined in studio by some Dental Assistant and Dental Hygienist students from Grand Rapids Community College. Learn about the three year Hygienist program and the 10-month Assistant program. These students get to do hands on work out in the West Michigan community. They teach people to “ReThink your Drink.” Check out the video above to see how much sugar you’re consuming in your favorite drinks.

Michigan State University has joined a Grand Rapids-area community initiative to increase the number of students from underrepresented groups entering and graduating from Michigan colleges.

Grand Rapids Community College is hosting a 24-hour online sale. This sale may feature retired college technology and resources, including laptops, desktops, monitors, electronics, lost-and-found items, and many others!

The online sale may be accessed by visiting GRCC’s Online Store.

Disclaimer: Grand Rapids Community College does not guarantee complete sets. All items will be sold as is. Inventory may be picked up on the second and fourth Fridays of every month. Purchased items must be removed from the college campus within two weeks from date of sale as indicated above (by appointment).