On March 28, a lecture at the ATC auditorium on the Syrian refugee crisis was delivered by Dr. Karen Culcasi, associate professor of geography at West Virginia University. As one of only 43 Visiting Geographical Scientists listed by the American Association of Geographers and the International Geographical Honor Society, Dr. Culcasi spoke on the challenges faced by Syrian women in Jordan who had been forced to flee their native country because of war. Sharing stories of their experiences, she captivated 140 students, faculty, and members of the local community attending her talk, which was filmed by GRCC Media Technologies and will soon be broadcast on GRCCtv. Dr. Culcasi also was interviewed for GRCC’s “Conversation with a Geographer” oral history series, which was filmed by Media Technologies as well. 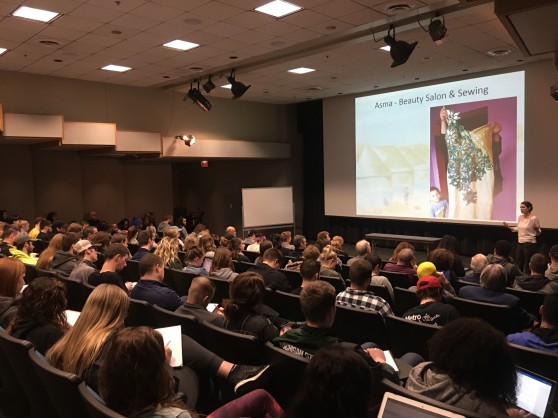