All the lectures are free and open to the public: 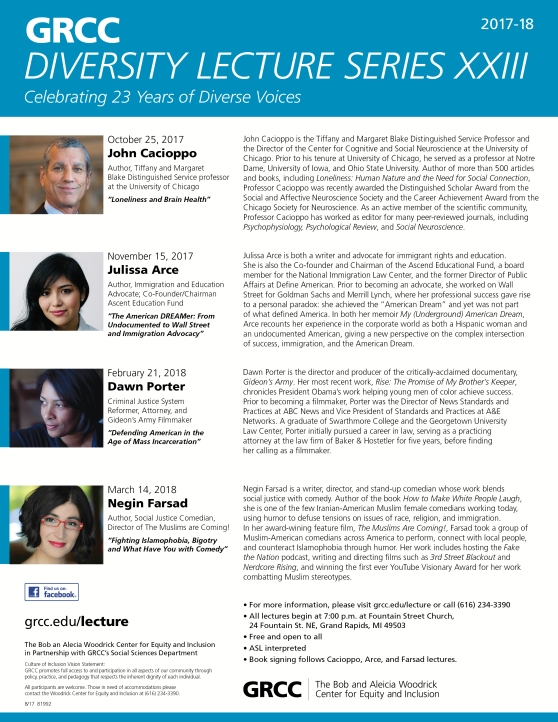 GRAND RAPIDS, MI — A 20-year-old man was sentenced to life in prison with no parole Wednesday, Aug. 16, for fatally stabbing a homeless woman.

Marcus Bivins approached Jeanne Huntoon, 34, near a parking ramp on the Grand Rapids Community College campus at about 2:30 a.m. April 30, 2016, police said, later stabbing and beating the woman to death.

GRAND RAPIDS, MICH. – If you’re reciting scripture on a city sidewalk and someone complains, are you breaking the law? 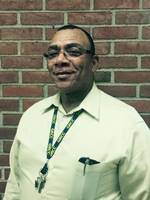 Reedell Homes, the new dean of students, was most recently a GRPS principal and assistant principal. He also was a middle school principal in Muskegon Heights for eight years and superintendent of WayPoint Charter Academy in Muskegon for almost three years. He has a bachelor’s degree in education from Mississippi Valley State University and a master’s in educational leadership from Grand Valley State University.

Leah Young, the new Learning Center counselor, has worked for eight years at Central High and Ottawa Hills High schools. She has a bachelor’s degree in sociology and a master’s in counseling from Western Michigan University. She is a licensed school counselor and is working on a master’s degree in urban education at Davenport University.

Heart of West Michigan United Way is celebrating 100 years in our community this year and you will be hearing a lot about that in our fall fundraising campaign to benefit its programs. Until then, get into the spirit of giving by attending the annual Wolverine World Wide Shoe Sale on Aug. 24. All the proceeds from the sale will benefit Heart of West Michigan United Way.