Motorcyclist dies after driver, 85, pulls into his path

JAMESTOWN TOWNSHIP, MI — A 23-year-old Saranac man died after a vehicle pulled into his path at Adams Street and Eighth Avenue.

(Devon Kurzhals was a recent graduate from the radiologic technology program.)

Beginning Wednesday, 175 venues throughout Grand Rapids will showcase more than 1,300 pieces of art in the ninth annual ArtPrize. Among them will be entries completed by local artists.

Kimbrough has coached for 21 seasons and is currently in his 4th season as a head coach at East Kentwood.  He was an assistant at East Kentwood for four seasons, Grand Rapids Community College for three seasons, and Western Michigan University for two seasons, in addition to coaching in the Arena Football League for eight seasons.  The Falcons have made two state playoff appearances under Kimbrough, advancing to the Division 1 semifinals in 2014 where they lost to eventual champion Clarkston.  His career record is 25-11 (69.4%).  On Friday, September 22, the Falcons host the 3-1 Grandville Bulldogs in an Ottawa-Kent Conference Red Division battle.

In 2015-16, Heart of West Michigan United Way helped 36,327 children and young adults develop and thrive — 4,536 of them through safe after-school or summer programs. In Kent County, 65 percent of residents served by the United Way are under the age of 18, and 12 percent were under the age of 3. Every year, your gift makes it possible for UW to help families rise out of poverty and thrive in our community.

United Way has 22 youth education partners, supporting 22 programs, in Kent County. The organization is continuously working to build stronger partnerships with the champions of our community and find ways to work better together. Learn more about your dollars in action. 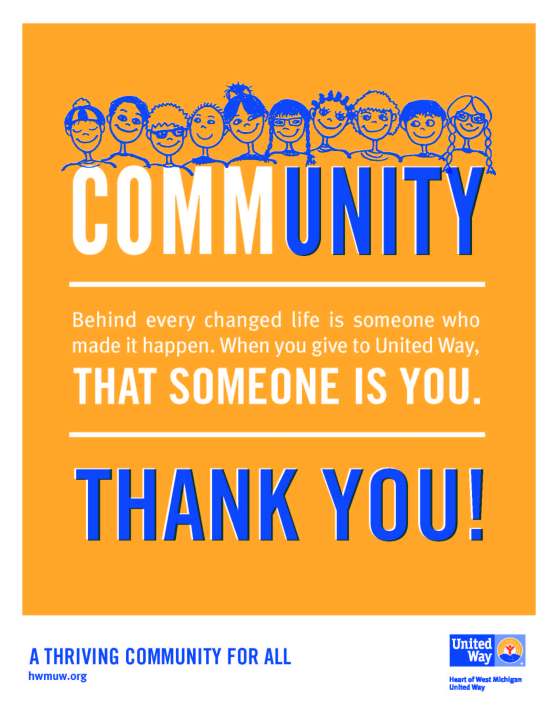 The Grand Rapids Community College Mathematics Department is pleased to announce that it will host its first Mathematics Seminar of the 2017-2018 academic year on Thursday, September 21, 3:00-4:00 p.m. in 101 Cook.  Our speaker will be Ph.D. student Javier Ronquillo.  His topic is the mathematics of mosaics.  The title and abstract may be found below.

Sufficient background for this talk requires nothing more than an appreciation of beauty and a willingness to see how mathematics may be used in its creation.  Everyone is encouraged to attend.

An investigation of angles, polygons and mosaics

Have you noticed that the New Year’s Eve ball that comes down every year in Times Square is not perfectly round? It is really made out of a bunch of smaller triangles! Could we make a ball like this using just stop signs? Have you noticed that soccer balls are hybrids of pentagons and hexagons? Could we do a hybrid ball with stop signs and triangles?

All these questions have to do with arranging regular polygons (these arrangements need not form a ball; for example, the polygons could also be sitting on a wall). We will call one of these kinds of arrangements a mosaic. Throughout history mosaics have been some of the most beautiful pieces of art, and mathematics is used to help create their harmony and beauty.

In this talk we will explore the questions listed above and many more. This material is accessible to everyone and provides a great opportunity to see math and art interact.