10 things Grand Rapids schools’ retiring superintendent is proud of
9/17/18 MLive
GRAND RAPIDS, MI — Teresa Weatherall Neal’s seven year tenure as superintendent of Grand Rapids Public Schools has been marked by several significant improvements and changes.
… From Spectrum Health to Rockford Construction and Grand Rapids Community College to Grand Valley State and Ferris State, the district has numerous business and higher education partners, as well as a slew of foundations supporting a host of initiatives.
(These articles don’t mention it, but Teresa Weatherall Neal is a GRCC alumna.)

GRPS superintendent announces 2019 retirement
9/17/18 WOOD TV
GRAND RAPIDS, Mich. (WOOD) — Grand Rapids Public Schools Superintendent Teresa Weatherall Neal announced Monday she will be retiring.
… “From the beginning, I realized there were many areas where our district needed to transform. After spending countless hours leading strategic planning meetings and listening to our stakeholders, we developed, and the Grand Rapids Board of Education unanimously approved, the GRPS Transformation Plan. The core of this plan was investing in what is working, investing in our talent recruitment, retention, and development, and investing for stability and growth. We consistently and effectively implemented this plan, and as a result, I am proud to say we have accomplished great things. GRPS is now gaining state and national attention for our success story. These accomplishments include, but are not limited to the following:
… Launched Early Middle College at Ottawa Hills High School

We extend our condolences to Officer Kaye Newberry, in Campus Police, and her family upon the death of her father, Ken Bouma, on September 11.

The Michigan Tech Mobile Lab is on campus today, Tuesday, 9/18, from 8:30 a.m. to 7:30 p.m. The capabilities of the mobile lab are diverse, and today’s demonstrations focus on batteries.

The Mobile Lab is located on the south end of campus in the Juan Olivarez Plaza. Additional information about the Mobile Lab can be found here: https://www.mtu.edu/mobile-lab/

Come check it out!

Paul Krieger, Professor of Biology, has an ArtPrize entry entitled True to Life. It features three realistic illustrations: (1) Profile of a Red-Tailed Hawk, (2) Profile of Grant’s Zebra, and (3) Great Horned Owl. It is showing at First (Park) Congregational Church in downtown Grand Rapids from September 19 – October 7.
You can also view Paul’s work on the ArtPrize website: https://www.artprize.org/67543 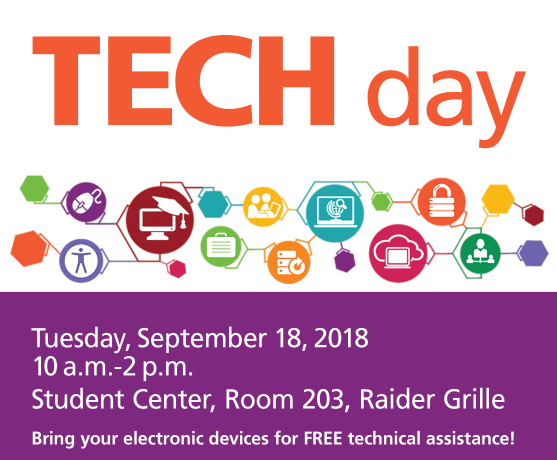 Technicians will be on hand to assist with:

Free popcorn while it lasts!