‘White Tiger’ QB Casey Therriault unretires and signs with German team
11/21/18 MLive
Casey Therriault is returning to the Germany to play football.
… The 6-foot-3, 215-pound Therriault starred at Wyoming Park High School where he graduated in 2007, and he played at Grand Rapids Community College. In 2009, he led the now-defunct program to the National Junior College Athletic Association championship game and a 9-1 record.

Ypsilanti Lincoln’s Emoni Bates, nation’s top-ranked freshman, scores 32 in debut
11/27/18 MLive
YPSILANTI — Monday’s high school basketball debut for Ypsilanti Lincoln’s Emoni Bates might have been hyped by many.
… “I knew Emoni was ready,” said his father, E.J. Bates, who played with Lincoln coach Jesse Davis at Grand Rapids Community College. “It was all good being able to watch him perform, see them jitters fly off of him real fast and see him settle in.”

Who’s next at Central Michigan after firing of coach John Bonamego?
11/24/18 The Detroit News
Central Michigan athletic director Michael Alford wasted little time in making a change in leadership on the heels of the worst football season in the program’s long and rather-successful history.
… (Tony) Annese took over Ferris State in December 2011, and has gone 72-14 (entering Saturday’s playoff game against Northwest Missouri State), following successful stints at Grand Rapids Community College and as a high-school head coach in Muskegon. He certainly knows the terrain, key for recruiting. 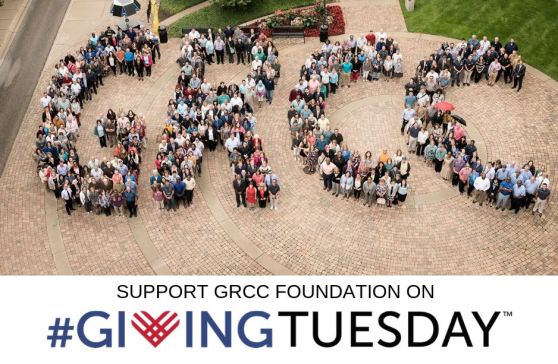 As you already know, today is Giving Tuesday, and we hope that you will join us in supporting the GRCC Foundation on this important day of national philanthropy.

You have many opportunities to give today, and you have probably received several emails already this morning asking you to give to various non-profits in our community. But, today, we hope that you consider giving right here at home, at GRCC, where 100% of your donation will be designated for student scholarships.

Scholarships are critical to the success of so many students on our campus. Scholarships remove barriers for students and they increase a student’s ability to persist, transfer, and complete. Students have told us that the scholarship they received meant that they didn’t have to work two or more jobs to pay for their tuition. The scholarship afforded them the opportunity to successfully balance work, family, and school. Scholarships offer hope for our students.

Please take a minute to watch the student testimonial videos below, and you will see and hear from our students how important this gift of education is, and specifically how GRCC transformed their lives and the lives of their families forever.

No other institution of higher education in our community does this important work the way WE do it, so thank you for all you do for our students!

Please join us TODAY in transforming the lives of our students. Donating is easy – simply click Donate Now. And remember, 100% of your donation goes directly to student scholarships! 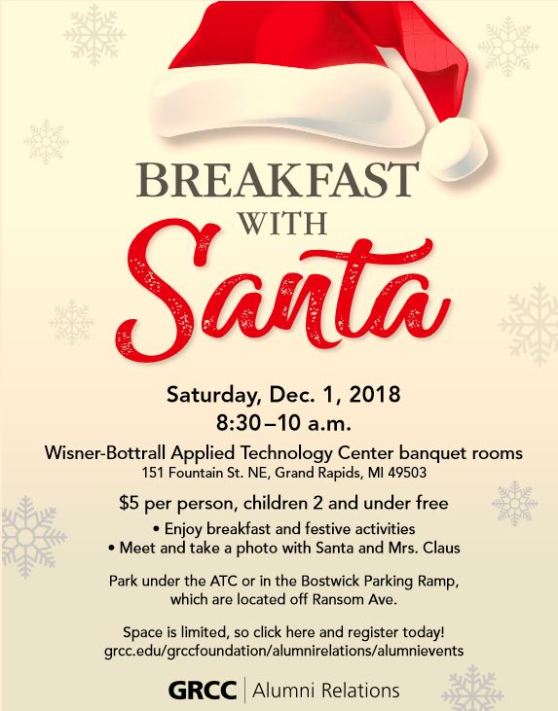 This event is open to all GRCC students, employees, alumni, and their families.