News 8 Daybreak
2/24/19 WOOD TV
Grand Rapids’ 37th annual Giants Awards was a big success. … Some of them may have thought their work has gone unnoticed, including one of last night’s special winners, known for his decades of business in West Michigan as well as providing scholarships and learning opportunities for Grand Rapids Community College and Grand Rapids Public School students.

‘Special delivery:’ Letter arrives 45 years later
2/21/19 WOOD TV
GRAND RAPIDS, Mich. (WOOD) — A Grand Rapids man found a decades-old letter in his mailbox Thursday that had been sent to the address well before he lived there.
… She (Mary Vaughan Brady) told 24 Hour News 8 that she was 19 years old when she wrote the letter. In June 1974, she had just graduated from community college in Grand Rapids. Her wedding was set for later that year, so she a friend decided to take a trip through Europe beforehand.

The deadline for the submission of grant applications for the Instructional Improvement & Professional Development (IIPD) Grant program is 4:30 pm, Friday, March 22, 2019.

Information about how to apply for an IIPD grant can be found at this website: IIPD Application and Guidelines.

Please note that applications must include a Dean’s and Department Head Approval forms, a budget form and budget documentation.

Certain employers must provide federal form (referred to as a Form 1095-C) to the IRS and employees concerning the health insurance coverage that was offered by the employer to all full-time employees, individuals entitled to an offer of coverage, and to anyone else who is covered by the employer’s health plan.

Taxpayers can prepare and file their returns as they normally would. You do not have to wait for Form 1095-C to file your tax return.

While you do not need to attach form your tax filing, once you receive Form 1095-C, please review your form for accuracy and retain this form with your other important tax records.

You can use the following documents to help you prepare your taxes and as proof of your insurance coverage:

Please join us for a Retirement party for Bob and Nanci Guigue:

Come and celebrate Bob and Nanci’s retirement and thank them for their years of service!

There will be cake!

Do you know of an outstanding adult learner at GRCC?

This year, GRAHEN is again looking for outstanding adult learners whose accomplishments in higher education and contributions in the community merit recognition. GRAHEN defines an adult learner as a college age student in their mid to late 20’s and older. The student should be currently enrolled. The winner will be invited to an awards ceremony on Wednesday, April 17, 2019, held to honor and recognize the student with a Certificate of Achievement and cash award.

Please send your nominations, no later than February 28, to Lori Cook (lcook@grcc.edu) and Francisco Ramirez (framirez@grcc.edu). They will follow up with the nominee on the application process, which consists of submitting an application, writing and essay, and two letters of recommendation.

Please contact Lori or Francisco with any questions. Thank you!

The DAAPP supports student and employee awareness, education, and coordinated programming for drug and alcohol prevention. This covers training, compliance notification, policy review, and programming based on an established timeline.

Over the last year we have:

The Student Leadership Banquet is an annual event where students are recognized for their contributions as a student leader at GRCC. The event is planned by Student Alliance and Campus Activities Board and is funded by the Campus Activities Fee. All student organizations, advisors, faculty, staff, and award nominees are encouraged to attend. Registration is now open and people can RSVP online.

Student leadership award nominations are now available through Raider Connect. Students, staff, and faculty can submit nominations. All nominations are due by March 8 at 5 p.m. Most of these awards are associated with a scholarship, so please consider nominating a student that you feel deserves recognition for their leadership and involvement. 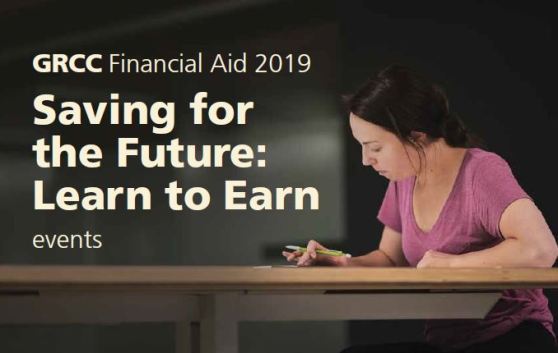 Saving for the Future: Learn to Earn

GRCC is partnering with America Saves in ‘America Saves Week!’ Follow us on Twitter for more information about the #ImSavingFor sweepstakes and for your chance to win cash prizes toward your savings goal.

At this budgeting workshop learn tips on how to:

For a chance to win prizes after the event, use the hashtag #RaidersAreSaving on Twitter.

WHERE: Lyon St. NW, from Ottawa Ave to Ionia Ave.

DESCRIPTION OF WORK: Building exterior work with a crane.