GRCC Tuition Increase with Dr. Bill Pink
3/20/19 WOOD Radio
President of Grad Rapids Community College, Dr. Bill Pink joined West Michigan’s Morning News to talk about how GRCC managed to keep a tuition increase under 1%. This is the second year in a row that trustees voted this way. We have the details.

Breaking Out of the Shadow College
3/21/19 Inside Higher Ed
One of the most important developments within the modern American community college is the formation of the shadow college. This term originated in the early 1990s at Macomb Community College in Michigan to describe the assortment of occupational courses sprouting up at the periphery of the institution.
… With the growth of the shadow college, community colleges also became far more likely to fashion programs that could lead to employment for adults who either had been displaced from their jobs or were entering new occupational activities. For instance, Grand Rapids Community College is implementing an online introductory information technology class developed by Google to prepare students for entry-level IT work.
(This is an opinion piece by Jim Jacobs, president emeritus of Macomb Community College.)

WHERE: Lyon St. NW, from Ottawa Ave to Ionia Ave.

GRADfest 2019 is coming up on April 2, and we need help to make this event great for our graduates!

We have 2-hour shifts that need to be covered on Tuesday, April 2, ranging from 10 a.m.-6 p.m. We will have lunch catered in for those who volunteer over the noon-2 p.m. shift. If you are willing and able to help, please add your full name to the Volunteer spreadsheet. All open shifts are highlighted in yellow.

If you have any questions, please contact Corey Turner at coreyturner@grcc.edu or at 616-234-3025.

Andrea Hayes and Meghan VanderMale from the GRCC math department are working with Javier Ronquillo Rivera from GVSU to host a Math Teachers’ Circle at Fountain Hill Brewery tonight from 6:30-8:30 p.m.

GRCC math instructors will join K-12 math teachers in the area for socializing and doing fun math activities. The Math Teachers’ Circle may become an ongoing event if there is interest from the community.

Fountain Hill Brewery’s tasty brews will be available for purchase, and snacks will be provided.

This evening, March 21, PeopleSoft HR and FS will be down for patching starting at 9 p.m. The programs will be available again at midnight. 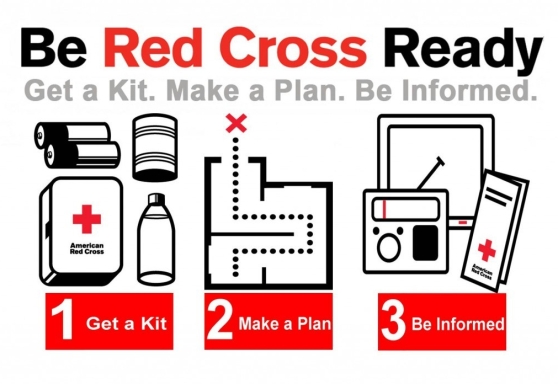 “Be Red Cross Ready” is a presentation designed by the American Red Cross to ensure that our communities are as resilient and prepared as possible in the face of natural disasters. The training covers building an emergency preparedness kit, making individual and group plans for varying disaster scenarios, how to remain informed on the risks in your area, and what your place in a possible community response would be.