Because of work on Lyon Street, you’ll encounter lane closings and other possible restrictions from July 15 to 22. The intersection of Crescent Street and Ransom Avenue will be closed from 6 p.m. July 18 to about 7 a.m. July 22. 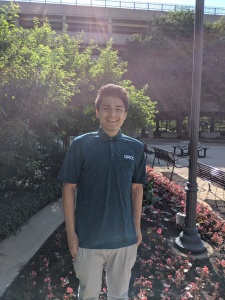 Angel Hernandez is majoring in social work and plans to transfer to Hope College. He enjoys playing soccer and spending time with family and friends.

What would you like to learn more about? Astrophysics

Have you signed up for summer orientation yet? You can learn more online.