There are many questions surrounding college sports for the upcoming school year.

… “I thought everything would be pushed back,” Jeff Bauer, Grand Rapids Community College men’s basketball coach said. “I get the rationale, that rationale is and you will see a lot of division three schools and division two schools going to this model, where they are moving everything up and what they are preventing is kids going from campus to back home to campus to back home.”

GRCC president elected to national board

HOLLAND — Grand Rapids Community College’s plan to open a consolidated campus in Holland is still on track despite the ongoing coronavirus pandemic.

From the outside, the former Highland Mall in Austin, Texas, looks like a typical shopping center, with room for dozens of boutiques and department stores. But visitors passing through the large glassy entrance on its west side are greeted by something else: an expansive learning center run by Austin Community College.

… Grand Rapids Community College, in Michigan, purchased a former J.C. Penney in January. It plans to renovate the space for $12 million in order to consolidate programs spread across four nearby locations.

GREENVILLE — After working with Greenville Tool & Die for a total of 65 years, Dale Hartway’s time with the company will soon come to an end.

… Graduating from Greenville High School in 1956, Hartway decided to pursue his career at Greenville Tool & Die  as he turned down the scholarship from Ferris State. He began working full-time and was quickly brought into the company’s apprenticeship program while attending classes at Grand Rapids Community College.

… While he won’t get his senior year to show off his ability, Keatley hasn’t stopped working. He plans to attend GRCC for two years before branching out to a bigger school to major in architecture, but wants to use his time in Grand Rapids to see if he can balance academics and a collegiate baseball career.

Despite COVID-19 cancellations, 2020 Rosa Parks scholars have plans for college

Whenever someone asked Carlos-Aldo Lopez-Resendiz what he wanted to be when he grew up, his answer would change based on whatever TV show he was watching.

… (Penina) Iradukunda, 20, and her family sought refuge in Michigan from their home country, Rwanda, four years ago. While in high school, Iradukunda was on the student council, tutored middle school students and was part of a program for international students. Iradukunda is planning on going to Grand Rapids Community College to become an accountant.

… (Troy) Waterman, who lives in Ionia, works as the manufacturing manager of Ventra Ionia, which makes bumpers and grilles for the SUV and truck industry. He is also a member of the Ionia City Council. He said he has an associate degree in engineering from Grand Rapids Community College in 1986 (Hodges later commented that he had never heard of an associate degree in engineering).

Todd and Becky Ernst both grew up in the Grand Rapids area, attending East Kentwood High School. The pair dated for three years during high school and then parted ways, reconnecting 12 years later, and marrying in 2001.

Todd attended Grand Rapids Community College and Grand Valley State University, and Becky attended GRCC before the pair started their careers. Today, Todd is a broker/owner of River Grand Properties, a boutique real estate brokerage, and he owns a small events production company and the DJ collective Soundscape Design. Becky has been a pre-construction administrator at Rockford Construction for over 20 years.

Grand Rapids Community College was recognized at the Exercise is Medicine On Campus Virtual Ceremony for our work on our campus.

Here is the You Tube Link of the Recognition Ceremony.  We are recognized at about 25:14 into the ceremony with the Silver Recognition Award.

After several weeks, GRCC is finally in receipt of disinfectant wipes. GRCC has received approximately half of what was requested and ordered. Consequently, requests will be fulfilled by Shipping & Receiving at approximately 50% until we receive the remainder of the order. We do have spray cleaner and paper towels as a supplement in the meantime. Contact Melissa (extension 3853) or Mansfield (extension 3851) with any concerns. Thank you for your cooperation.

NBC Learn, a building block used within Blackboard, has decided to discontinue their solution offering effective June 30th.  As of June 30th, NBC Learn will longer be available in Blackboard (or through www.nbclearn.com).

Join President Pink and Provost Brian Knetl as they plan to discuss the Fall 2020 semester during Coffee and Conversation, Tuesday, June 30th, at 2:00 p.m.

Join President Pink and Provost Brian Knetl as they plan to discuss the Fall 2020 semester during Coffee and Conversation, Tuesday, June 30th, at 2:00 p.m.

This week’s Google Tips & Tricks video will help you take on your video meetings with confidence. We show you how to use the tiled view, present your screen, and record a meeting.

GRCC is working to keep college affordable for students

GRAND RAPIDS — GRCC is working to help make college affordable for students and keep them on track with their educational educational goals.

The City of Grand Rapids—in partnership with dozens of local businesses and organizations—has announced a youth employment program aimed at providing jobs for 1,000 young people.

… The City of Grand Rapids is working closely with Grand Rapids Public Schools, Grand Rapids Community College, other school systems that serve city youth, and community organizations to recruit young people for this employment program, and is serving as the employer of record. 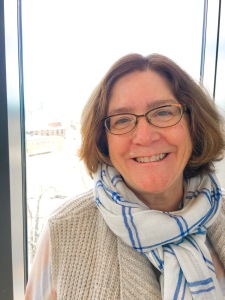 JaneAnn has worked at GRCC for 20 years as the Director of Early Childhood Learning Laboratory (ECLL) in the Education Department. “I was also fortunate enough to be an Instructor throughout my career in the Department primarily teaching the Early Childhood Program Administration course.

“At the ECLL we serve many student parents/families who are single and first generation college students.  Therefore, graduation is always a special evening.  When our parents walk across the stage to get their diploma, we know it has taken a great deal of sacrifice, energy and discipline to get their degree.  We are just so proud of them!

“The building of the ECLL was years in the making.  It is exciting to work in a state of the art building dedicated to the field of Early Childhood.  Seeing the pride our Education students, Faculty, Staff, families, children have in the building and how the community embraces it has been rewarding.

“I am looking forward to a summer with family and friends at our house in the Manistee National Forest.  Riding my bike, hiking, kayaking and trying to master my new Stand up Board.”

JaneAnn, thank you for all of your dedicated service to GRCC, our students, families, and community! We will miss you and wish you the best in Manistee National Forest. We look forward to hearing about your adventures!

GRAND RAPIDS — Grand Rapids Community College approved a budget for the 2020-21 academic year on Monday, June 15. The $112.9 million budget projects a 15 percent reduction in funding from the state.

Grand Rapids Community College will be waiving online fees for courses offered through distance learning during the 2020-21 academic year after trustees unanimously approved a $112.9 million budget.

Grand Rapids Community College will waive certain fees for students taking online courses next year. Students taking online courses will save about $16 per credit, which averages out to about $50 per online course. They will still be required to pay tuition and other fees. Trustees approved the discount as part of a nearly $113 million budget last week. The budget was set with an expectation that GRCC would see a 15 percent drop in state funding because of COVID-19.

Eight local 4-H’ers have received scholarships to help them continue furthering their education.

… Bre Gillson, 19, graduated from Belding High School last year and is currently attending Grand Rapids Community College. She plans to use her scholarship to help with the costs of books for the upcoming fall semester.

MANISTEE — With a league the size of the Great Lakes United Baseball League, not many thought it would be the first baseball northern Michigan residents would witness amid the coronavirus pandemic.

… (Sam) Schmitt, who just finished his freshman year at Grand Rapids Community College, is one of the position players who Collins will look to in a jam. Schmitt pitched throughout high school at TC Central and Collins has high hopes for him.

… The city is working with Grand Rapids Public Schools, Grand Rapids Community College and other school systems that serve city youth and community organizations to recruit young people for this employment program.