GRAND RAPIDS – Grand Rapids Community College has been awarded a $140,000 grant to participate in a national effort to expand registered apprenticeship opportunities, helping students gain a quality education in addition to on-the-job training in a rewarding career.

MARSHALL, Mich. — The Native American Heritage Fund (NAHF) Board selected projects in seven Michigan communities as recipients of the fund’s 2019 grants, at the Board’s July 29 meeting.

For the 2019-2020 cycle, Grand Rapids Trans Foundation (GRTF) is thrilled to award a total of $11,000 to six local college students. In the past four years since its inception, the Foundation has awarded over $30,000 in scholarships to local students.

… Read more about this year’s six chosen applicants below!

Restaurant Week GR is underway! There are also a few festivals going on this weekend. It’s the Anniversary of Gerald R. Ford being sworn in as our 38th President, so it’s a reason to celebrate at the Presidential Museum. We also have Concerts, Comedy, Movies, Baseball, and Super Party Wonder Day!

… Restaurant Week GR is your chance to Taste the City! Savor specially priced lunches, dinners or both at 70+ area restaurants. Each restaurant will create a special menu highlighting fresh, local ingredients for the event. Restaurant Week GR has provided over $150,000 to students through an endowed scholarship fund at the Grand Rapids Community College Secchia Institute for Culinary Education. Participating locations donate $1 for every Restaurant Week GR meal sold. 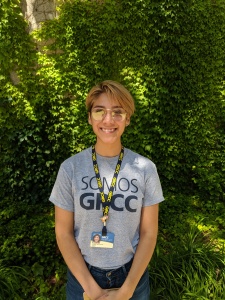 Amalia Levya Nunez is majoring in molecular biology and wants to research genomics. She plans to transfer to Wayne State University. She enjoys hiking, eating good food, and reading books.

Something you can’t live without: Clean water

Favorite vacation memory: “On a family trip to Acapulco, my grandpa and I sang a duet to Miley Cyrus’s ‘Wrecking Ball.'” 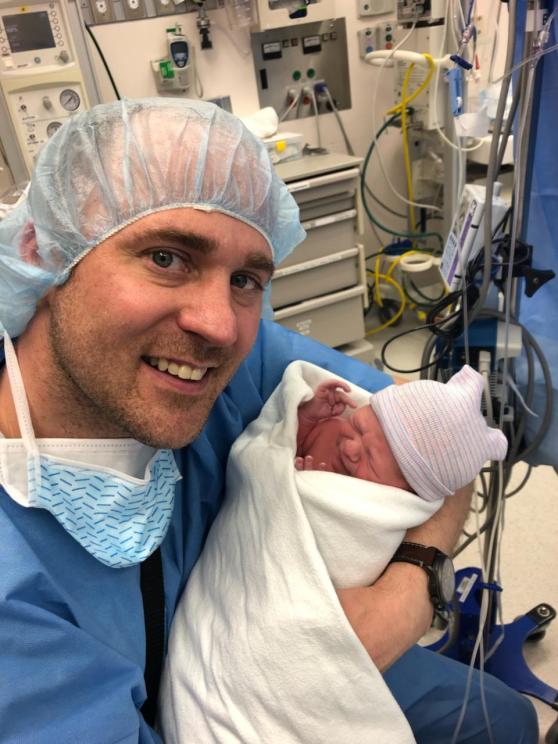 After 28 years of service to GRCC, Paul Krieger, Professor of Biology, will be retiring this year. He has already launched a successful second career as an academic author and illustrator, so his plan is to begin doing that full-time.

Congratulations, Professor Krieger!  Can’t wait to see your books in the stacks!

A former GRCC Biodiversity Student, Brian Maitner, has recently co-authored a paper in Science magazine, perhaps the most prestigious of all peer-reviewed science publications!
The title of Brian’s co-authored paper (he is the second author) is “Metabolic Asymmetry and the Global Diversity of Marine Predators.” Brian is finishing his PhD in Bioinformatics with Dr. John Grady at the University of Arizona.
If you know of any students interested in the biodiversity, evolution, and ecology of plants, fungi, or animals, please refer them to Matthew Douglas in the Calkins Science Center.

Students, staff and faculty are welcome at two free Exercise is Medicine workshops this semester:

Description: In this session, you will learn exercises and techniques to use to strengthen, stretch and take care of your lower back and core while doing physical work. Towards the end of the session, we will demonstrate how to use some of the new equipment in our Fitness Center that will also help with core and low back help. Who needs to attend? Anyone who wants to learn about low back and core health!

“Heart Health: The Good, the Bad and the Down-Right Ugly Consequences of Not Loving Your Heart”

Description: February is Heart Health Month, and we want to guide our participants on the importance of taking care of your heart as this is the No. 1 cause of death in our country and worldwide of men and women. We will learn about the heart and how it works, lifestyle choices we should be making or changing, what happens when you do not take care of your heart, and how to care for most common heart issues.

Fahmy Mamuya, a former Biodiversity Biology student from Arusha, Tanzania, is currently a medical writer and part of a multi-disciplinary research team at Harvard University in the Harvard Medical School.

After GRCC, Fahmy received his PhD in Cell and Organ Systems Physiology at the University of Delaware, followed by an MBA at the same university. He is an expert in cell culture and confocal microscopy. Fahmy has also had NIH-based research scholarships of vision physiology at the Marine Biological Laboratory, Woods Hole, Massachusetts.

Fahmy believes, “…medical research can continue to transcend, and the impact can be harvested through effective communication to diverse audiences.”

Congratulations to this amazing GRCC alumnus, and to our science department for helping Fahmy get started!

Paul Krieger, Professor of Biology, has an ArtPrize entry entitled True to Life. It features three realistic illustrations: (1) Profile of a Red-Tailed Hawk, (2) Profile of Grant’s Zebra, and (3) Great Horned Owl. It is showing at First (Park) Congregational Church in downtown Grand Rapids from September 19 – October 7.
You can also view Paul’s work on the ArtPrize website: https://www.artprize.org/67543

A new series of presentations on a variety of scientific topics begins this academic year. This lecture series is called ‘GRCC Science Talks.’ These lectures are free and open to the public. There will also be light refreshments available. Here are the first two presentations that may be of interest to you and your students this fall 2018 semester:

Unlocking the Sun: Spectroscopy in the 1800s

Species Conservation: How We Got Here and What Can Still Be Done

We look forward to participating in these events with you and our students. Please email Tim Periard (timothyperiard@grcc.edu) with any questions.

A girl, a goat and a dream

MONTCALM TOWNSHIP — As Cecilia Brandt, 17, of Cedar Springs, stumbled into the livestock barn with her goat April on Saturday morning, she had no idea she would be leaving with the top prize.

… She’s also already begun thinking about how she will use the scholarship. Brandt wants to attend Grand Rapids Community College for a time, before transferring to Grand Valley to study biochemistry. After that, she’d like to get accepted into an upper-level veterinarian school.

YPSILANTI — There will be an added buzz inside Ypsilanti Lincoln’s gym during the 2018-19 high school basketball season.

… Elgin (Bates) and (head coach Jesse) Davis played at Grand Rapids Community College together and have remained friends for the past 30 years.

Leaders in the field of philanthropy from across the country have noticed a shortcoming in how the nonprofit sector applies principles of diversity, equity and inclusion throughout its critically important and economically substantial work.

… (Juan) Olivarez brings nonprofit leadership and higher education experience to the position, having served as president of Aquinas College for six years and Grand Rapids Community College for almost 10 years. He also served several years as the president and CEO of the Kalamazoo Community Foundation where he championed innovative community initiatives that focused on improving education opportunities for all people.

On February 10th, Dr. Matthew Douglas gave several talks to the Michigan Botanical Society at Grand Valley State University.  The first talk, Defense of Bracken Fern by Arthropods, discussed the protection that the fiddle heads of bracken fern receive in the spring growing season from arthropods, including predaceous ants and spiders. The second talk, Inter-generational Migration of Monarch Butterflies in North and South America, discussed the similar strategies of migration into these two (very closely but isolated) species of monarchs in the northern and southern hemisphere.

Paul Krieger, professor of Biology, just completed the second edition of his book with Morton Publishing entitled A Visual Analogy Guide to Chemistry. It is currently being printed and will be available in January 2018 in both in-print and electronic versions. It includes 44 new pages and lots of new practice problems. This book is part of a best-selling, four-book series that has been helping students in the United States and Canada succeed in their science classes for the past 13 years. His other books cover the fields of anatomy and physiology. 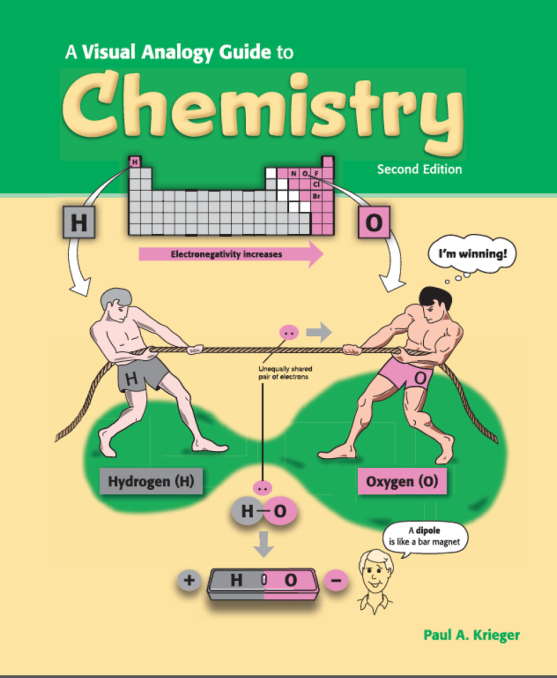 A schedule of six events will be offered on the Ferris State University campus, this October, during Disability Awareness Month, with the goal of fostering acceptance and understanding.

… Final events on the Disability Awareness Month schedule include a presentation and discussion on the Paws With a Cause program, to be held in Room 217B of the University Center Building at 11 a.m., Thursday, Oct. 26. At halftime of the Ferris men’s basketball game against Grand Rapids Community College, Saturday, Oct. 28, the Grand Rapids Pacers wheelchair basketball team will exhibit its skills. The Pacers compete, nationally, with a high-energy, entertaining style that challenges the notions of what disabled really is. On Tuesday, Oct. 31, a Forum for Inclusion and Understanding, disABILITY, DEBUNKED! will begin at 11 a.m. in the University Center Ballroom. Ferris faculty, staff and students will offer presentations on their experiences with disabilities, with the goal of ending those assumptions that limit movement toward a more inclusive future, and society.

The Marsh Room children from the Phyllis Fratzke Early Childhood Learning Laboratory visited the Biology Department on Wednesday, June 28. The experience provided an opportunity for the children to extend their current study on spiders. Hats off to Holly Christopher, Biology Learning Center coordinator, who helped make this field trip a very enriching and rewarding experience for them!