Reminder that Sabbatical applications are due TODAY – March 14. Please see the webpage for full details, including the application and rubric. We look forward to reading your application!

Sabbatical applications are due Thursday, March 14, 2019. Please see the webpage for full details, including the application and rubric. We look forward to reading your application!

All full-time faculty members with at least six years of service are eligible to apply for a Sabbatical leave for 2018-2019. More information is available online.

This past summer, while continuing his sabbatical research on North American and South American Monarch butterflies, Dr. Matthew Douglas of GRCC’s Biology Department had the good fortune of uncovering a nearly perfect insect from the Florissant deposits of Colorado (dated at 36 million years in age).  The insect, a fly in the family Tipulidae (cranefly), was a female entombed by a volcanic explosion that caused a great deal of silt to cover an ancient freshwater lake, entrapping this specimen.

All insect fossils are very rare because insects are so delicate, and this one is particularly rare and amazingly well preserved.

Sabbatical applications are due March 9!

Please see the webpage for full details, including the application and rubric.

We look forward to reading your application!

Keith St. Clair will explore the historical, political, and cultural contrasts between China and Taiwan based on his recent IIPD trip to both locations.

Despite the One China Policy of the United States, there are two Chinese governments that claim to be the one government of China. The People’s Republic of China controls the mainland and has its capital in Beijing. The Republic of China controls Taiwan and has its capital in Taipei.  Both claim the other’s territory, yet have developed separately since the Communist takeover of the mainland.

Keith will examine the relations between these two countries and discuss the possibility for their reconciliation. His presentation will be on Wednesday, February 22, 2017, from 1:00 p.m.-2:00 p.m. in Room 168 ATC (auditorium). Stop by and bring your class for an informative session.

Paul Krieger, professor of Biology, is currently on sabbatical studying scientific and medical illustration at Kendall College of Art & Design (KCAD). These pen and ink illustrations – a Great Horned Owl and a zebra – are samples of his work.

If you’re a fulltime faculty member with at least six years of service, consider applying for a sabbatical.  Applications for the 2017-18 academic year are due March 9, 2017.

More information, including application and rubric, is available at http://www.grcc.edu/academicgoverningcouncil/sabbatical

During the Winter 2016 Semester, Matthew Douglas was given the sabbatical opportunity to research the “South American” Monarch butterfly (Danaus erripus) throughout South America. 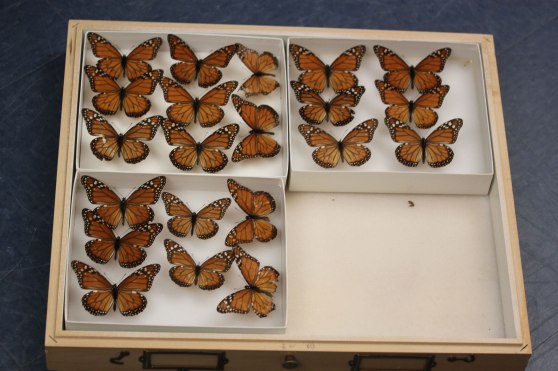