Last week marked the end of the “College Conference,” an event to inspire and motivate Challenge Scholars to attend college. Six college conferences were held, where groups of 40-50  different Union High School freshmen visited campus each day. They learned about the “college going” process while getting a glimpse of what GRCC has to offer. Speakers included GRCC admissions staff, a GRCC student panel, and motivational speaker and educator Paul Hernandez who touched on overcoming both academic and life challenges. Students also toured the Secchia Institute for Culinary Education facilities and the Tassell M-TEC.

The Challenge Scholars program is a comprehensive approach that pairs both academic and social support to ensure student success. Since the start of this academic year, two Success Coaches have spent their mornings in classrooms at Union High School supporting the Challenge Scholar students in their transition from the middle school to high school. They work collaboratively with teachers and support staff to identify potential barriers that students may be facing and connect students to the appropriate supports. Coaches will continue to assist students along their personal and academic journey by providing targeted interventions and outreach throughout the year, while also focusing on career exploration and development in 9th grade.

Paul Hernandez, a national expert in educating at-risk students, will share his story and his strategies for overcoming barriers in both college and life on March 18, at 5 p.m. in room 108 of GRCC’s Sneden Hall, 415 Fulton St. This talk is free and open to the public. 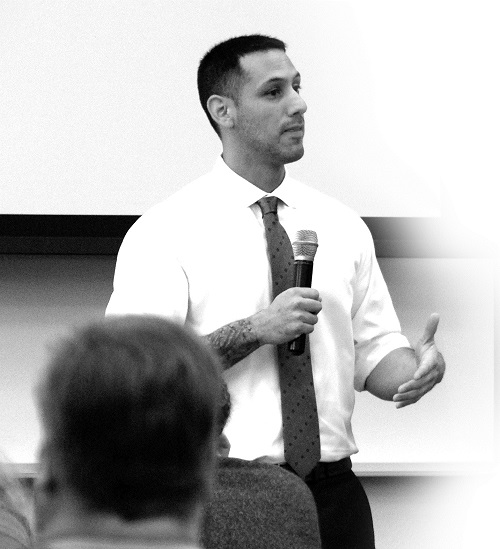 … For example, remediation is required of students who score less than 18 on the ACT and then perform poorly on Grand Rapids Community College’s Accuplacer placement test.

At least eight Cincinnati-area artists have been invited to create work for ArtPrize, the 19-day celebration of public art in Grand Rapids, Michigan, this fall. 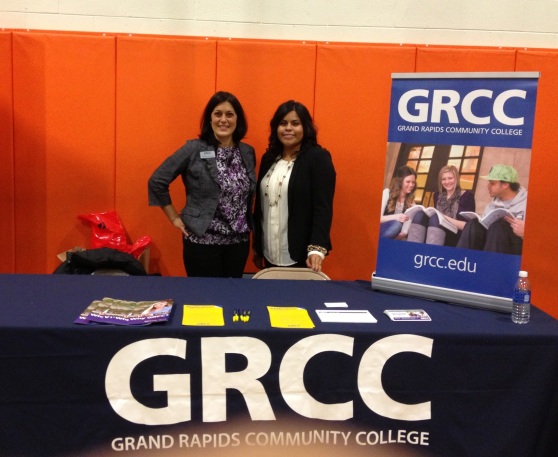 Faculty and staff learned about the College Success Center’s programs during an open house this week.

You may have heard about programs we support such as Fast Track, Bridge, ABO, and Reading 095, but would like to know more about our process, interventions, or work in general. This is an opportunity to meet the coaches and ask specific questions about these programs. Also, learn about Fast Track’s success record in saving time, money and helping students skip their placement in developmental education courses.

Refreshments will be provided.

The College Success Center is holding an open house from 10 a.m. to 3 p.m. October 8.  GRCC faculty and staff are invited to tour the center, meet the team, ask questions about the program, and have some refreshments! Join them in room 113 of Sneden Hall, on the DeVos campus at 415 E. Fulton St.

GRAND RAPIDS, MI – It started as an experiment.

But Chef Gilles Renusson’s sugar ribbon pull assignment, first attempted in 2009, has since turned into an annual event at Grand Rapids Community College.

“‘My only request is that he doesn’t mention his religion in school,’ the principal told my mother. I was just starting first grade, standing beside my mother at the time, and while I didn’t understand, I just did what I was told.”

… He eventually found his way to Grand Rapids Community College where he got a tutoring job.

“In my life, I always find people who believe in me,” Roushangar said. “The people in charge of the tutoring service at the college believed in me.”

PORTAGE, MI –When the newest Portage Public Safety officers were sworn in Friday, Chief Richard White gave each of them a coin to represent their commitment to integrity and a code of ethics.

GRAND RAPIDS, MI — For a week, state Reps. Brandon Dillon and Winnie Brinks will attempt to walk in the shoes of those who struggle to put food on the table each day.

(Article doesn’t mention it, but Dillon is a GRCC graduate.)

Inside Track: Gillespie’s crowning achievement: businesses supporting each other

His legal name is Thomas Gillespie, but that’s not who he really is.

… After prison, Gillespie went back to work at his father’s business, Gillespie Funeral Services, 1865 Eastern Ave. SE, where he now helps run the marketing and public relations aspects of the company. He took some classes at Grand Rapids Community College, he said, but it was his interactions with local African-American business owners and leaders that led to his journey into the business world.

… Muskegon Community College plans to move part of its campus to downtown Muskegon as part of a $24 million proposal approved by the MCC board of trustees last month, MiBiz reported. The measure calls for a new creative arts facility, additions to the college’s science and gymnasium/health center and another building to be built downtown, if voters approve.

Time is the enemy: Why GRCC is looking to accelerated courses to reduce remedial education

A new summer program known as Fast Track condenses what used to be semester-long remedial classes into a three-week period, creating an opportunity for students to move directly into college-level courses in the fall.

GRAND RAPIDS, MI — As colleges struggle to bring low-performing high school graduates to college readiness — in some cases nearly 47 percent of tuition-paying students require remedial courses — local leaders at both levels are working to resolve the problem with a simple but often overlooked approach.

Database: See how many recent graduates from your district are taking remedial classes at GRCC

KALAMAZOO, MI — When customers walk inside the Harding’s Friendly Market at West Main and Drake, it’s gotten much harder to keep their hands out of the cookie jar.

… “It’s been a whirlwind for me,” said owner Monica Mitidieri, a former caterer and graduate of GRCC’s Secchia Institute of Culinary Education. “The last two years have been surreal.”

… EDUCATION: Debra Bailey has been elected to the Grand Rapids Community College board of trustees.

At GRCC, nearly half of recent high school graduates unprepared for college-level work

Community Solar: GVSU workshops in Muskegon to give participants a roadmap beginning July 9

(As seen on WZZM TV 13) Local chefs, locally grown foods and the local food-service industry are in the spotlight this summer thanks to Downtown Market and Experience Grand Rapids.

… Participating restaurants will donate $1 from every meal sold to the scholarship fund at the Secchia Institute for Culinary Education at Grand Rapids Community College, which has produced many of the local chefs that are designing and preparing the events meals. Over the past four years, the event has donated nearly $60,000 to the fund.

To call Triumph Music Academy ambitious might be selling its quartet of co-founders short.

… Hughes said that the organization has received referrals from Grand Rapids Community College, Grand Valley State University and Guitar Center, which has endorsed the school as the best place to go in town for private music lessons, as well as offered its students a discount on instrument purchases.

GRAND RAPIDS, MI — Among the 33 dancers remaining on this season of “So You Think You Can Dance”, a reality dance competition that airs on FOX, one name may sound familiar. Markus Shields is a Grand Rapids dance instructor and choreographer from The Moving Company.
(Story doesn’t mention it, but Shields is a former GRCC student, according to his bio.)

Want to go to Grand Rapids Community College for free this summer?

It could happen by using GRCC’s Fast Track program, a three-week session that helps incoming students become college-ready in the areas of reading, writing and math. It allows students to save time and money by bypassing remedial courses.

GRCC to help prepare graduates for jobs with Ready Now!

Grand Rapids — Grand Rapids Community College will be working with other organizations to give Kent County youth employment skills and training to interview for jobs and internships.

Jeff Neumann is no stranger to canoes. He got his first taste of paddling as a 10-year-old boy, in Quincy, Ill. That’s where he and a cousin lashed two canoes together and spent idyllic days floating in protected waters along the Mississippi River.

… Today, at 53, Neumann still loves the allure of a quiet paddle, the natural scenery along rivers in Michigan. So much so, the former Grand Rapids Community College electronics instructor launched a guided canoe and kayak business upon retiring from teaching.

The free Fast Track program is targeted to incoming students who have academic potential but need further instruction in reading, writing and math to be college-ready. The intensive, three-week program strengthens their skills so they can bypass remedial courses and be ready to start regular college courses in the fall.

I’d like to send a Raider Salute to Chef Luba and the ATC Catering Services, Bayard Brooks, Eric Mullen, Sandy Gregory, Angela Salinas, Francisco Ramieriz, Domingo Hernandez, Sarah Laylock, Erika Bailey, Chris Sain, Ennis Young and Raynard Ross for their assistance and flexibility in helping to make the Middle School Conference a HUGE success. The public schools were pleased and the students gained beneficial information about: why college is important, their options and what they should do now to get to college. We hosted roughly 80 students and it couldn’t have been done with out all those people named.